This article has the most up-to-date info on the status of Rehab Addict season 8 as we continuously monitor the news to keep you in the know. DIY is yet to make a decision on its future. Subscribe to our automatic updates below. 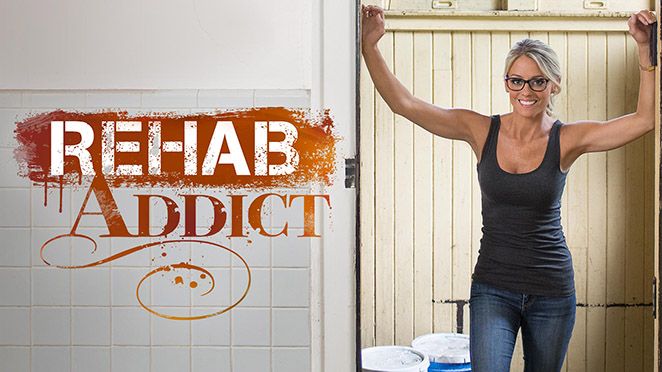 About the series and host

Rehab Addict is a DIY television series that features renovations of historic properties. The series originally premiered on DIY in 2010, but was moved to HGTV beginning in January 2014. The current 7th season premiered on February 3, 2016.

The series is hosted by Nicole Curtis, a restoration and preservation advocate for historic architecture. She has rehabilitated homes in Saint Paul and Minneapolis in Minnesota, Akron, Ohio and Detroit, Michigan. Nicole hails from Michigan herself, and currently lives in a rehabbed 1904 home in Detroit. Curtis is truly passionate about the restoration process and about saving historic neighborhoods, which is a personal issue for her. A single mother, she became interested in property renovation, as she herself put it in an interview, because she was poor. The passion turned into a successful business and a television show, but business interests are not the priority – when Curtis sells the renovated properties, there are certain conditions for the new owners. One of such conditions is that the floor plan can not be changed, another prohibits demolition in the future, and so on.

The series holds an 8.1/10 IMDb rating, and viewer reviews are simply excellent. The audience loves Curtis` fierce personality, respect for old materials, her work ethic, the lack of typical “reality” drama of any kind.

The current season premiered to an audience of 428,000 viewers and a 0.1 rating in the 18-49 demo. It seems that Rehab Addict is very close to the perfect do-it-yourself home renovation series, and we hope that it is renewed for yet another successful season.

Subscribe to receive news and updates when a show is renewed or canceled. You will receive an automatic email when theRehab Addict season 8 Episode 1 release date is officially announced.

Share this with friends:
ReleaseDate.show » Release » DIY is yet to renew Rehab Addict for season 8
Related Serial
When Will