This article has the most up-to-date info on the status of Five Day Flip season 2 as we continuously monitor the news to keep you in the know. HGTV is yet to make a decision on its future. Subscribe to our automatic updates below. 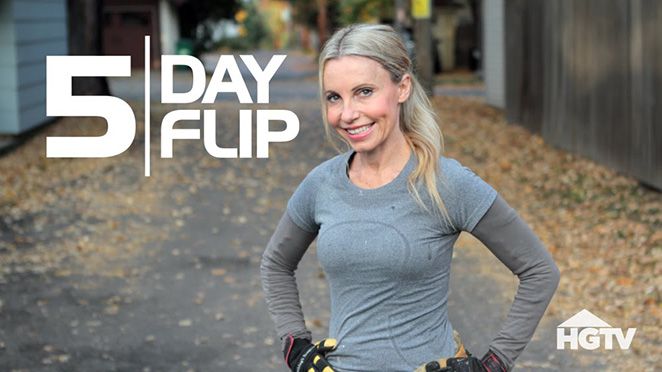 Five Day Flip is another one in a line-up of trending house flipping series that premiered on February 3, 2016 on HGTV. The series is produced by Magnetic Productions and executive produced by Patrick Beedle, Liz Kerrigan and John Kitchener.

The series` host and expert house renovator Cherie Barber and her team are quick-acting, it`s basically impossible to imagine how home improvement can be done any faster. Cherie finds real estate properties that need cosmetic rehabilitation, remodels them quickly and effectively, and flips the beautified house in just five days. Everything from the old house setup that can be kept, is kept, and the rest is renovated, with impressive and refreshing touches added.

Cherie`s team is seriously pressed for time, so they have to work around the clock in order to make it, hoping that all of their hard labor pays off when buyers come to appreciate their alterations.

Five Day Flip premiered to a rather impressive audience of 1.223 million viewers and a 0.4 rating in the adult 18-49 demographic. The second episode fared practically as well, with 1.204 million viewers and a 0.3 rating. The series freshman runis apparently very successful, and it probably has a bright future ahead of it. Cherie Barber is a charming and energetic host, many homes are still waiting for their turn to be freshened up, and many viewers are eagerly awaiting the next episode of Five Day Flip.

Subscribe to receive news and updates when a show is renewed or canceled. You will receive an automatic email when theFive Day Flip season 2 Episode 1 release date is officially announced.

Share this with friends:
ReleaseDate.show » Release » HGTV is yet to renew Five Day Flip for season 2
Related Serial
When Will