The release date for Care Bears and Cousins season 3 — Pending

This article has the most up-to-date info on the status of Care Bears and Cousins season 3 as we continuously monitor the news to keep you in the know. Netflix is yet to make a decision on its future. Subscribe to our automatic updates below. 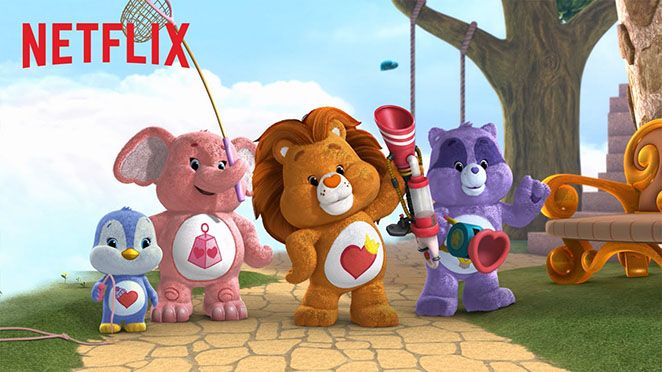 Care Bears and Cousins is an animated series available for streaming on Netflix on December 18, 2015. Care Bears were a popular 1980s creation of American Greetings and were turned into a franchise that consisted of several movies, television series and plush toys. There were the ten original bears, each a unique color and bearing a specific symbol, all living in the land of Care-a-lot. The bears` cousins are all kinds of animals from a penguin to a lion, who originally inhabit the Forest of Feelings, but then also move to Care-a-lot.

Netflix is apparently on a mission to prove that it is a network for the whole family. The network`s inclination toward iconic children`s brands can easily be explained by their reliable and predictable audience. The Care Bear brand was already revived in 2007-08 with the CBS series Care Bears: Care-a-lot and in 2012 with an adventure series Care Bears: Welcome to Care-a-lot, which aired on Hub Network. This means that the bears are still somewhere on the surface of the collective unconscious and will easily entice the audience by virtue of mere familiarity, if their old-fashioned charm stops working.

We have yet to find out whether the overbearing kindness of the bear world might get lost on the children who are used to cartoons with fast-paced action, evil-looking villains and storylines that adults find disturbing. Perhaps Netflix will enhance the action part for today`s audience or make a deliberate choice to keep the original entourage and the heart-warming, bordering on angelic, attitude of the characters. The characters seem time-proof and are likely to appeal to the little viewers and their parents, so this might just be the start of the bears` triumphant return for seasons to come.

The Care Beara and Cousins series premiered on Netflix on December 15, 2016, and the second 6-episode season was made available in its entirety on February 5, 2016. Whether or not the series will be renewed for another season has not yet been announced, so please stay tuned for relevant news.

Subscribe to receive news and updates when a show is renewed or canceled. You will receive an automatic email when theCare Bears and Cousins season 3 Episode 1 release date is officially announced.

Share this with friends:
ReleaseDate.show » Release » Netflix is yet to renew Care Bears and Cousins for season 3
Related Serial
When Will

CBBC has officially renewed The Dumping Ground for series 5

The release date for The Dumping Ground series 5 — PendingThis article has the most up-to-date info on the status of The Dumping Ground Series 5 as we continuously monitor the news to keep you in the know. CBBC has officially renewed the series for…