The release date for Here We Go Again season 2 — Pending

This article has the most up-to-date info on the status of Here We Go Again season 2 as we continuously monitor the news to keep you in the know. TV One is yet to make a decision on its future. Subscribe to our automatic updates below. 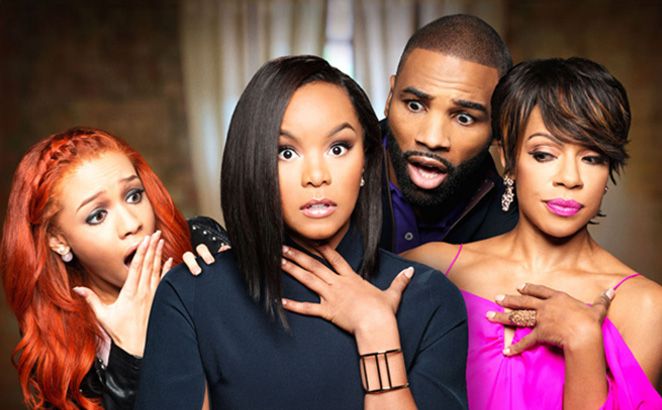 A brand new US sitcom about the multi-generational Walker family, Here We Go Again, premiered on TV One on February 9, 2016. The series is produced by Swirl Films, with Eric Tomosunas and Karen Peterkin serving as executive producers.

The series follows three generations of Walker family women – a flamboyant glamorous grandma, a single mother in the middle of a crisis, and a spirited teenager. Their lives are suddenly turned over by a series of unexpected events that send them on a surprise journey. The series targets an across-generations audience, as the trials and challenges portrayed in Here We Go Again are relevant to various age groups. The series stars LeToya Luckett as Maddy, mother to a sixteen-year old Shante (Kyndall Ferguson) and daughter to Loretta (Wendy Raquel Robinson). Loretta and Maddy gave birth to their daughters at 16, and Maddy believes that there is a Walker women curse. After a steamy one-night-stand with her old sweetheart, who is also Shante`s father, Maddy discovers that she`s pregnant again. What ensues is a fun family comedy that reflects on what it takes to keep a modern family together and strong.

The series has had what was criticized as a very predictable premiere, with generic characters and the 16-year old Shante acting as the most mature character in the family setup. Whether or not it`s another standard sitcom will be clarified as the 13-episode season progresses further. Perhaps we will be surprised by unexpected storyline twists and turns, or we won`t but the audience will warm up to the characters, and a renewal will be a natural decision in view of ratings. We just have to wait and see.

Subscribe to receive news and updates when a show is renewed or canceled. You will receive an automatic email when theHere We Go Again season 2 Episode 1 release date is officially announced.

Share this with friends:
ReleaseDate.show » Release » TV One is yet to renew Here We Go Again for season 2
Related Serial
When Will