The release date for The Next Step season 5 — Pending

This article has the most up-to-date info on the status of The Next Step season 5 as we continuously monitor the news to keep you in the know. Family Channel has officially renewed the series for another season expected to debut in 2017. To get notified of the exact premiere date – subscribe for updates below. 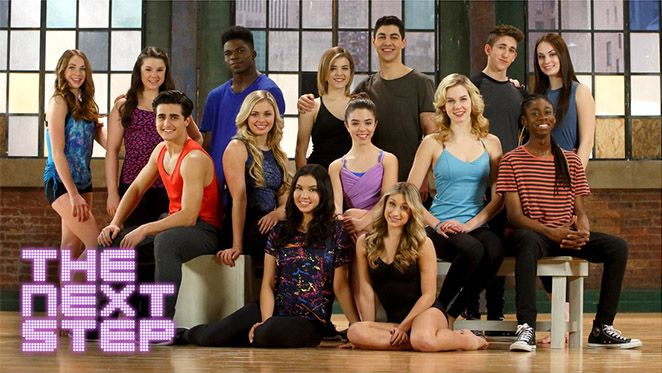 Canadian mockumentary teen drama The Next Step is created by Marcin Wasiliewski, executive produced by Frank Van Keeken, Ivan Schneeberg and David Fortier and hails from Temple Street Productions. The series has originally premiered in 2013 on the Family Channel, and is currently in its 4th season, which has been on the air since February 15, 2016.

The Next Step portrays the A-Troupe dancers from The Next Step Dance Studio as they follow their daily routine and prepare for regional, national and international competitions. There is quite a bit of intense personal drama as the relations between teenagers are far from simple, particularly under the tremendous pressure that competitive dancers experience. Peer pressure, manipulation, inequality, bullying and other issues faced by the characters serve an important purpose by providing their target audience with food for thought.

The freshman season premiered to 574,500 total AMA (average audience per minute) viewers, and more than one million total viewers, the largest audience of any of the network`s series prior to that time. The show is popular and has produced a spinoff, The Next Step Aftershow. The troupe is also in the middle of its third tour at this time, March 2016. This is the first international tour for the dance team, and, besides a whirl around Canada, it will take them to Spain, the UK and the Republic of Ireland. The series certainly seems popular enough to warrant a renewal, but there has been no word from the network yet, so we will keep monitoring for further information.

UPDATED June 21, 2016: In a highly anticipated announcement, the Family Channel and Radical Sheep Productions have revealed that filming has already begun on the 20-episode fifth season of fan-favorite tween series The Next Step, which is set to be released some time in 2017. The show about the high-profile dance troupe of The Next Step Dance Studio has already spawned a spin-off series, a feature length film, several Canadian and international tours… aren`t you curious to see what`s next? Sign up for our automatic updates and don`t miss the release date announcement for The Next Step season 5.

Share this with friends:
ReleaseDate.show » Release » Family Channel officially renewed The Next Step for season 5 to premiere in 2017
Related Serial
When Will