This article has the most up-to-date info on the status of Flaked season 2 as we continuously monitor the news to keep you in the know. Netflix has officially renewed the series for another season expected to debut in 2017. To get notified of the exact premiere date – subscribe for updates below. 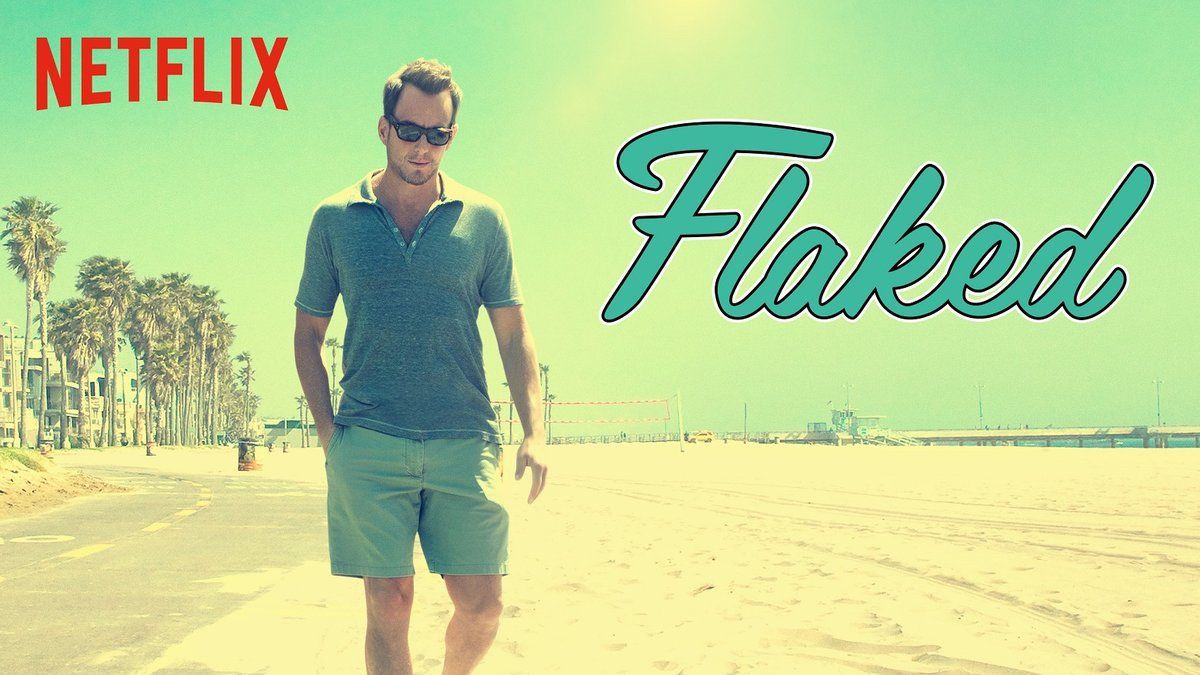 The world’s leading online television network continues to aggressively expand its original programming and this year will become its most prolific yet to date. Flaked is an upcoming comedy web series from the production company Electus which is behind such successful TV shows as Running Wild with Bear Grylls, Jane the Virgin and Mob Wives. The new Netflix original series was developed by 5-time Emmy Award-nominee Will Arnett, who also has a lead role on the show, together with Mark Chappell. They also both serve as executive producers on the project alongside Ben Silverman, Peter Principato and Mitchell Hurwitz. The new Netflix series is scheduled to be released on March 11, 2016.

The main character of the new series Flaked is Chip. He is the kind of person that is in our society is considered a con artist. He is not an ordinary thief, and while being rather skilled at what he does, Chip is always in the money. He introduces himself as a self-help guru with lots of experience and an extensive clientele, who is supposedly helping people to discover themselves and better themselves in order to be happier and more successful in life. Only as soon as the payment for his services comes through, he simply vanishes. Then, one day the usual rhythm of Chip’s life gets interrupted when he falls head over heels in love with his best friend’s girlfriend.

Season 1 of Flaked was made available to Netflix subscribers worldwide in its entirety – eight half-hour episodes, on Friday, March 11, 2016 at 12:01am PT. Judging by the official trailer released by Netflix, the new series is more of a dramedy than a comedy. Although there will be plenty of entertaining and hilarious moments, some scenes feel emotional and introspective. Will Arnett definitely seems to be in his element, and the casting in general looks very spot on. The new series also stars Ruth Kearney, David Sullivan, Lina Esco, George Basil, Christopher Mintz-Plasse, Mike Cochrane, Jeff Daniel Phillips and Heather Graham. It is too presumptuous to be drawing many conclusions from the trailer, but it seems that Flaked and Netflix have been drawing some inspiration from the fan favorite series Californication.

After being available online for just two days, the initial reviews of the Flaked debut seem very mixed, if not polarized. On one hand, many critics have commended the show for capturing the nature of a fallen man, his setting and even raising some relevant social issues. On the other hand, some viewers have been quick to brand the series boring, pointless and flavorless. Yet, we suspect that the show was purposefully conceived as somewhat aimless and perhaps it will take time to find its audience. No word from Netflix yet about the fate of the series, so stay tuned.

UPDATED July 28, 2016: This is the good news we have been waiting for! Netflix has finally officially announced the renewal of their new original dramedy series created by and starring Will Arnett, Flaked, for a second round. The first eight episodes were released in March 2016 and the show has garnered mostly positive reviews, with an average score of 7.3 out of 10 on IMDb. A second season is slated for 2017 release and it is rumored to only include six episodes. Stay tuned for the release date announcement for Flaked season 2 by signing up for our updates so we could notify you via e-mail.

Share this with friends:
ReleaseDate.show » Release » Netflix officially renewed Flaked for season 2 to premiere in 2017
Related Serial
When Will