This article has the most up-to-date info on the status of Daredevil season 3 as we continuously monitor the news to keep you in the know. Netflix has officially renewed the series for another season. To get notified of the premiere date – subscribe for updates below. 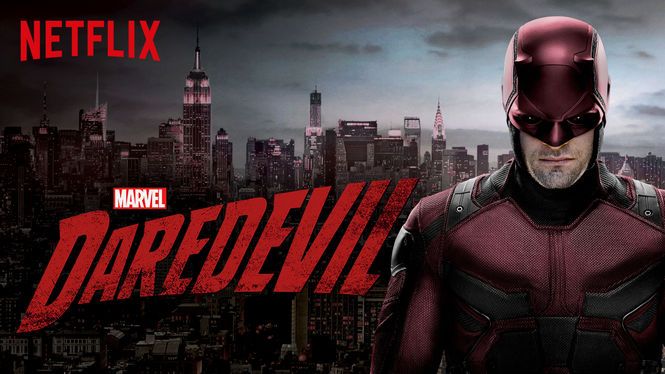 Daredevil is a highly praised and Primetime Emmy Award-nominated American superhero, action and adventure web series that comes from the production studios Marvel Television and ABC Studios. Another highly successful and buzz-worthy effort by Netflix, the drama series was developed by Drew Goddard, who also joined the executive producing team of Alan Fine, Stan Lee, Joe Quesada, Dan Buckley, Jim Chory and Jeph Loeb. Season 1 of Daredevil came out on Netflix on April 10, 2015.

We all have our favorite superhero characters, and Marvel’s Daredevil, a blind fighter against evil and defender of the weak is definitely at the top of the list. He became blind as a child after an unfortunate accident, but that does not prevent him from living a seemingly normal life, and eventually take the path of the superhero. The protagonist Matt Murdock works as a lawyer. One day he realizes that it takes more than socially accepted legal means possible to stop certain criminals who, having influence and money, often go unpunished for their criminal actions. So, Matt decides to put on a suit and a mask and vanishes on the gloomy streets of New York to deliver justice in a Hell`s Kitchen neighborhood of the Big Apple.

A highly anticipated season 2 of Daredevil was made available to Netflix subscribers globally on Friday, March 18, 2016 at 12:01am PT. However, the newest chapter of the story about lawyer Matt Murdock was created without the participation of the original showrunner Steven S. DeKnight who left the project for personal reasons. Thus, the course of the storyline of the upcoming episodes has been determined by Douglas Petrie (Buffy the Vampire Slayer) and Marco Ramirez (Sons of Anarchy) – both worked as writers together with DeKnight on the debut installment. As the new season gets released, viewers are introduced to a new character – female ninja assassin named Elektra (portrayed by Elodie Yung). Also, the newest chapter of the story will show a lot more of The Punisher. The two new characters challenge and push Matt to his limits in very different ways that take all three on deeply personal and emotional journeys. This new installment of the series is distinguished by spectacular fight choreography, which is amazingly for a dark action drama comes only second to the dialogue. Although there are several smaller arcs in the story, eventually they all connect, and even better – they also connect to the debut chapter. All in all, the newest chapter of the superhero drama presents viewers with amazing action, captivating storyline and stellar performances by the cast members. No word yet about Daredevil season 3, so stay tuned.

UPDATED July 22, 2016: Four months ago a second chapter of Daredevil was released globally and finally Netflix has officially announced the renewal of the 3 time Primetime Emmy-nominated action and adventure series for another round. The highly acclaimed show has picked up a slew of awards this year, and viewers continue singing praises to the dark and action-packed Marvel show. Charlie Cox will be back to reprise his role as a blind lawyer that delivers justice in the Hell Kitchen neighborhood of New York City. The release date for Daredevil season 3 is yet to be determined, so check back with us for the latest developments or subscribe to our updates and we’ll drop you an email when the premiere date is announced.

Share this with friends:
ReleaseDate.show » Release » Netflix has officially renewed Daredevil for season 3
Related Serial
When Will