The release date for The Next :15 season 2 — Pending

This article has the most up-to-date info on the status of The Next :15 season 2 as we continuously monitor the news to keep you in the know. TV One is yet to make a decision on its future. Subscribe to our automatic updates below. 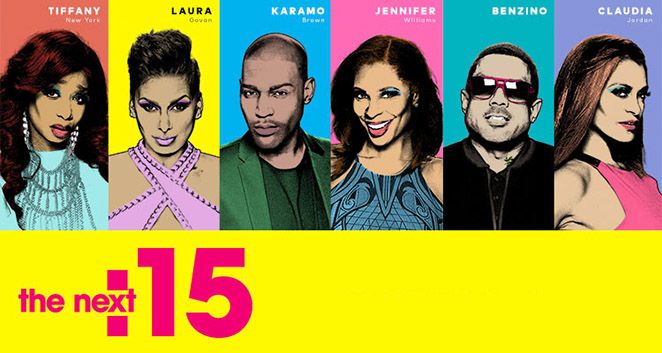 The Next 15 is an American reality television show that premiered on TV One on February 10, 2016. It`s produced by Kingdom Reign and Eclipse TV, and executive produced by Carlos King (The Real Housewives of Atlanta, Hollywood Divas), Sergio Alfaro and Erica Forstadt. The series is slated to contain 8 episodes.

Veteran reality show personalities from an array of such popular shows as Basketball Wives LA, Love and Hip Hop Atlanta, Flavor of Love and The Real World: Philadelphia are featured on this “revolutionary series”, as the creators put it. The show puts the cast members in the spotlight in order to show them in a way that has not been done before. It also showcases the aspects of reality TV making that have never before been portrayed for the general audience. The former reality show stars are attempting to build a career in the real world after their 15 minutes of fame came to an end. A focus group of TV viewers is brought in to make the reality check that members of the cast apparently need all the more interactive.

Will The Next 15 provide the cast members with the much-needed opportunity to rekindle their former popularity? Or has the television audience had enough of them? What does the future hold for the divas and the brand new series itself? It`s a little too early to tell, but the drive and ambitions are already going strong. We have to wait and see how the series does in terms of ratings and critical reception, so please stay tuned for timely updates on the future of the reality series.

Subscribe to receive news and updates when a show is renewed or canceled. You will receive an automatic email when theThe Next :15 season 2 Episode 1 release date is officially announced.

Share this with friends:
ReleaseDate.show » Release » TV One is yet to renew The Next :15 for season 2
Related Serial
When Will