This article has the most up-to-date info on the status of Curse of the Frozen Gold season 2 as we continuously monitor the news to keep you in the know. Animal Planet is yet to make a decision on its future. Subscribe to our automatic updates below. 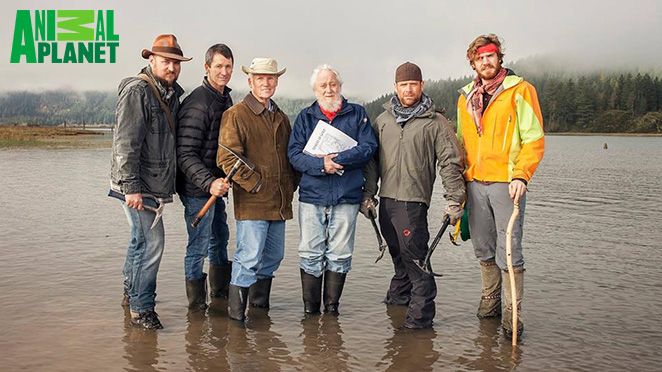 Curse of the Frozen Gold is a Canadian adventure and reality television series airing on Animal Planet. The compelling adventure program is produced by JV Productions and executive produced by Courtney Campbell and Kirk Hipkiss. The series was originally released on History Channel Canada in August 2015, and premiered in the US on February 14, 2016.

The series follows a group of six gold hunters in Canada in pursuit of a cursed mine. The legend of Slumach`s gold and British Columbia`s Lost Creek Mine has it that a man hung in 1891 cast a spell so that the mine should disappear forever following his death. The six prospectors are rock climber Adam Palmer, veteran gold hunter Don Waite, local man Danny Gerak, who grew up on tales of the treasure, Evan Howard, mountain climber and geologist, historian and researcher Fred Braches and Daryl Friesen, who`s devoted all his life to the search for Slumach`s gold.

The unique skills of each group member, harsh weather which allows their search to be conducted only for several months out of a year, the stories of their predecessors who have not returned from their missions… There`s much mystery, adventure and rugged charisma to the series, and the viewers seem to enjoy the mix. The viewership has been steady for the first few episodes, fluctuating at about the 500,000 mark, with a 0.1 rating in the adult 18-49 demographic. It is still unknown whether or not the series, which has been very popular in Canada, will also be a hit in the US and will warrant a renewal, so please stay tuned for updates.

Subscribe to receive news and updates when a show is renewed or canceled. You will receive an automatic email when theCurse of the Frozen Gold season 2 Episode 1 release date is officially announced.

Share this with friends:
ReleaseDate.show » Release » Animal Planet is yet to renew Curse of the Frozen Gold for season 2
Related Serial
When Will