This article has the most up-to-date info on the status of Mid Morning Matters with Alan Partridge Series 3 as we continuously monitor the news to keep you in the know. Sky Atlantic is yet to make a decision on its future. Subscribe to our automatic updates below. 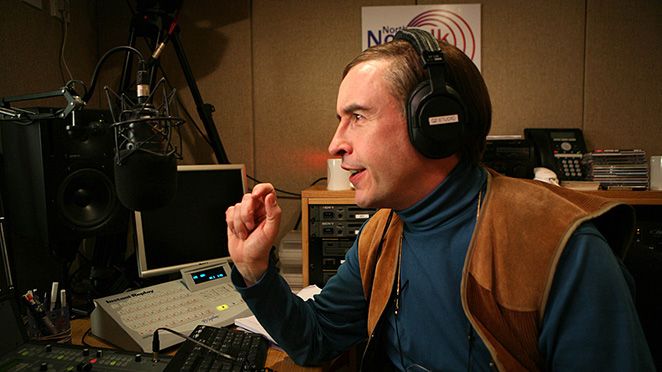 Mid Morning Matters with Alan Partridge is a British mockumentary sitcom airing on Sky Atlantic. The series first debuted as a web series on fostersfunny.co.uk in 2010-2011, and subsequently premiered on television in July 2012. The second series has just recently premiered after a long break on February 16, 2016. The series is created and written by Steve Coogan, Neil and Rob Gibbons and Armando Ianucci, exec produced by Coogan, Henry Normal and Jon Mountague and hails from Baby Cow Productions. The first series contained 6 episodes, with six more added on the way, and the second is comprised of 6 episodes at this point.

The series follows the tactless and inept DJ Alan Partridge (Coogan) at a fictional radio station who`s come back after his television career has failed miserably. Partridge`s poor taste, treachery and general cringeworthy-ness have been his iconic characteristics throughout several classic series and a feature film that have become British comedy heritage.

The return of Alan Partridge to the screen delighted the fans of his previous incarnations, even though there were hesitations that the spirit might be long-lost. However, all of the doubts have been cast aside when the series actually came out, since it immediately became clear that Alan has bounced back with no loss of its low-key humor, as the Radio Times called it “vintage Alan Partridge of the highest order”. The ratings, however, have not been high at all. Only 60,000 viewers tuned in to watch the series two premiere on February 16, 2016, which is less than a half of the first series` premiere viewership of 150,000. Many attribute it to the unpopularity of Sky Atlantic that many people simply don`t have access to. In any case we have yet to hear the network`s decision on the future of Mid Morning Matters, so please stay tuned for updates.

Subscribe to receive news and updates when a show is renewed or canceled. You will receive an automatic email when theMid Morning Matters with Alan Partridge Series 3 Episode 1 release date is officially announced.

Share this with friends:
ReleaseDate.show » Release » Sky Atlantic is yet to renew Mid Morning Matters with Alan Partridge for series 3
Related Serial
When Will

ITV is yet to renew Thunderbirds Are Go! for season 3

CBBC has officially renewed So Awkward for series 3

The release date for So Awkward series 3 — PendingThis article has the most up-to-date info on the status of So Awkward Series 3 as we continuously monitor the news to keep you in the know. CBBC has officially renewed the series for another season.…

Pop is yet to renew Unusually Thicke for season 3