This article has the most up-to-date info on the status of The Real Housewives of Melbourne Series 4 as we continuously monitor the news to keep you in the know. Arena is yet to make a decision on its future. Subscribe to our automatic updates below. 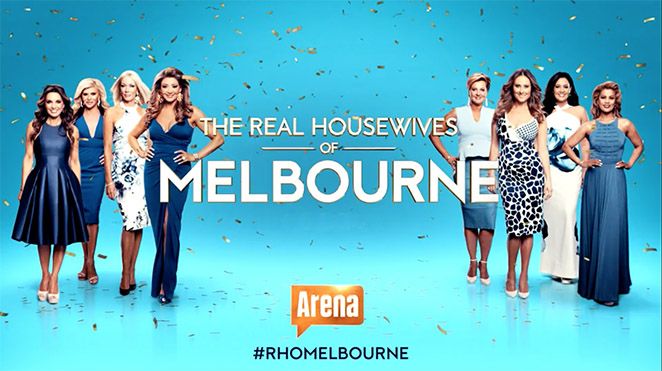 The Real Housewives of Melbourne is an Australian reality television series, a part of the extensive American Real Housewives franchise that has turned international. It has been broadcast on Arena since 2014 and is currently in its third season, which premiered on February 21, 2016. The series is produced by Matchbox Entertainment and executive produced by Kylie Washington and Lisa Potasz. Besides Australia the series also airs in the US and the UK.

The Real Housewives of Melbourne portrays the personal and professional lives of several women from Melbourne, Australia. They are a varied bunch – some single, some married, some divorced, some building a professional career, others already at the top of their field. All of them share a passion for glamour and sparkly social life. There is a lot of tension between them, in the trademark Real Housewives manner, and the catfights are frequent and explosive. This season is no less dramatic, with the premiere episode chronicling a “wholesome baking day” at the house of Susie McLean, which quickly turned into a screaming match.

The series is a runaway hit for the Arena network, with 542,000 viewers tuning in for the series premiere and a 428,000 viewer per episode average for the first season. There have been long-standing of rumors of potential spin-offs of The Real Housewives of Melbourne, with the producers possibly scouting for cast members in other areas of Australia. In any case, the series is obviously very popular, and it`s highly likely to renewed for another season.

Subscribe to receive news and updates when a show is renewed or canceled. You will receive an automatic email when theThe Real Housewives of Melbourne Series 4 Episode 1 release date is officially announced.

Share this with friends:
ReleaseDate.show » Release » Arena is yet to renew The Real Housewives of Melbourne for series 4
Related Serial
When Will