The release date for Rick and Morty Season 3 — Pending

This article has the most up-to-date info on the status of Rick and Morty Season 3 as we continuously monitor the news to keep you in the know. Adult Swim has officially renewed the series for another season. To get notified of the premiere date – subscribe for updates below. 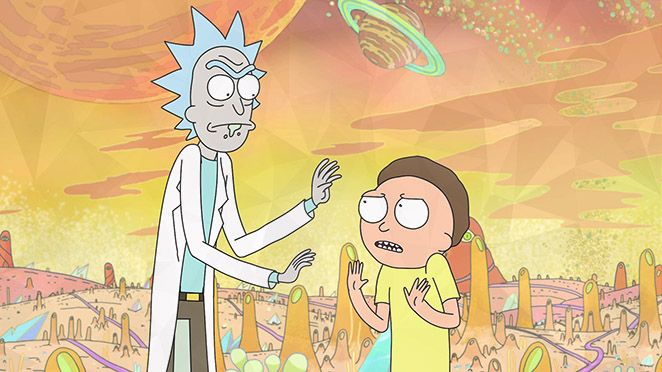 Rick and Morty is an American animated television series that follows Rick, an alcoholic scientist, and his easily distressed grandson Morty, on their adventures to alternate dimensions. Created by Dan Harmon and Justin Roiland, the series was initially launched on Cartoon Network’s late-night programming block Adult Swim, on December 2, 2013.

Rick is a genius inventor who has issues with alcohol. Morty is his less than genius grandson. Together they venture out to alternate dimensions which usually causes trouble for the family as they are inadvertently caught up in the mayhem of Rick and Morty’s adventures.

A total of 21 episodes of Rick and Morty have aired since the show’s launch, with season 2 premiering on July 26, 2015 on Adult Swim. The show has continued to target adults 18-34, delivering content that has grown ratings to double, and sometimes even triple, digits. Consistently ranking high with audiences, the second season of the show has garnered an average of nearly 2 million viewers per episode. It’s no wonder that the network has already confirmed the return of Rick and Morty season 3.

Speaking to The Hollywood Reporter, Dan Harmon admitted that the creators are still working out ideas for the upcoming third season, including a possible comeback of Mr. Meeseeks. Stay tuned and be the first to find out the release date for Rick and Morty season 3.

Share this with friends:
ReleaseDate.show » Release » Adult Swim has officially renewed Rick and Morty for Season 3
Related Serial
When Will