This article has the most up-to-date info on the status of The Family season 2 as we continuously monitor the news to keep you in the know. Unfortunately, ABC has officially canceled the series. There will be no season 2. 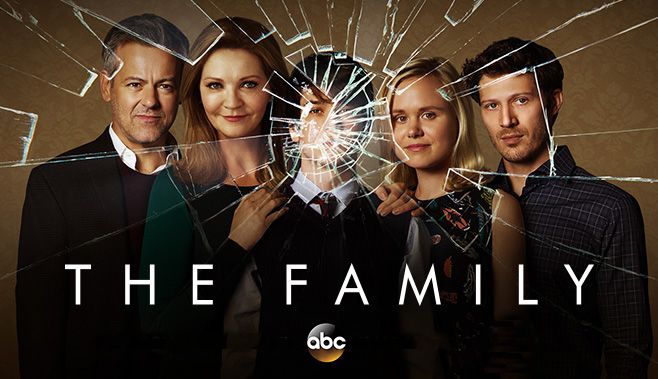 A new American thriller/mystery television series, The Family has premiered on ABC on March 3, 2016 and has moved to its regular time slot on March 6, 2016. Jenna Bans is the series creator and executive producer, and Minnesota Logging Company, Mandeville Television and ABC Studios are behind the production.

The Family focuses on the Warren family and, in particular, on Claire Warren (Joan Allen), the matriarch of her clan and an ambitious Republican mayor of Red Pines, Maine, a fictional town. The storyline starts unfolding as Adam, Claire`s young son, comes back ten years after being kidnapped, while Claire is planning to run for governor.

The series opened to an impressive 5.7 million viewers, a 1.5 18-49 demo rating and a share of 5. It has subsequently lost more that half of its audience by the 4th episode, which attracted an audience of just 2.64 million viewers, and scored a 0.7 rating in the 18-49 demo, and a share of 2.. With quite a few more episodes to air in the current 13-episode season, we have yet to see whether The Family has reached a plateau or will continue losing ground. The reviews are mixed, slating towards positive, with most viewers finding the story believable and captivating, although some complaints of predictable dialogue and poor casting do exist. Is there another season coming? There seems to be a decent chance of a renewal, but it`s not entirely predictable and will certainly depend on the ratings dynamics. Stay tuned and be among the first to find out whether The Family is renewed for another run.

UPDATED May 13, 2016: ABC`s freshman drama The Family has not been able to stay afloat beyond the first season, having been canceled today along with numerous other shows. It has not delivered impressive ratings, averaging 4.4 million viewers in L+3 and a 13 rating in the 18-49 demographic. The series finale is set to air on May 15 at 9/8c, and it is unlikely to provide an answer to the major question posed over the course of the season – whether Adam is indeed who he claims to be. We`ll just have to fill in the blanks in our imagination.

Share this with friends:
ReleaseDate.show » Release » ABC officially canceled The Family season 2
Related Serial
When Will