This article has the most up-to-date info on the status of Paranormal Lockdown season 2 as we continuously monitor the news to keep you in the know. Destination America has officially renewed the series for another season expected to debut in 2017. To get notified of the exact premiere date – subscribe for updates below. 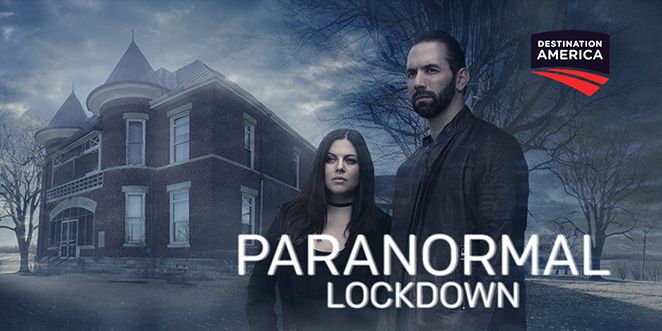 Each episode follows the series` hosts as they willingly confine themselves to the reportedly most haunted locations around the US for 72 hours. Some of these places have never been caught on camera before, and Groff and Weidman remain there for a prolonged time to be able to contact the spirits and gather convincing evidence of the events that have allegedly occurred in these locations.

The series premiere drew 390,000 viewers to the screens, with the two subsequent episodes scoring approximately the same number of viewers. The two hosts are well-known in the paranormal research community and are no strangers to television. They have done many things in their investigations of a variety of paranormal phenomena, however, such prolonged stays in haunted locations have never been undertaken by anyone on paranormal television shows. Will this experience be a compelling enough spectacle? Will they find any worthwhile evidence of the spirit presence? This remains ambiguous, as does the possibility of Paranormal Lockdown`s renewal for another season.

UPDATED June 30, 2016: Destination America has given a green light to the second season of its very own ghost hunting docu-series hosted by the very likable presenters Nick Groff and Katarina Weidman. The duo will continue thrilling the audience with their prolonged stays in haunted locations and reporting their experiences. The upcoming installment of one of Destination America`s highest-rated series will feature all-new original devices constructed especially for the show, and the investigations will be taken to a whole new level. Sign up for our automatic updates and don`t miss the release date of Paranormal Lockdown season 2.

Share this with friends:
ReleaseDate.show » Release » Destination America officially renewed Paranormal Lockdown for season 2 to premiere in 2017
Related Serial
When Will