The release date for What History Forgot season 3 — Pending

This article has the most up-to-date info on the status of What History Forgot season 3 as we continuously monitor the news to keep you in the know. AHC is yet to make a decision on its future. Subscribe to our automatic updates below. 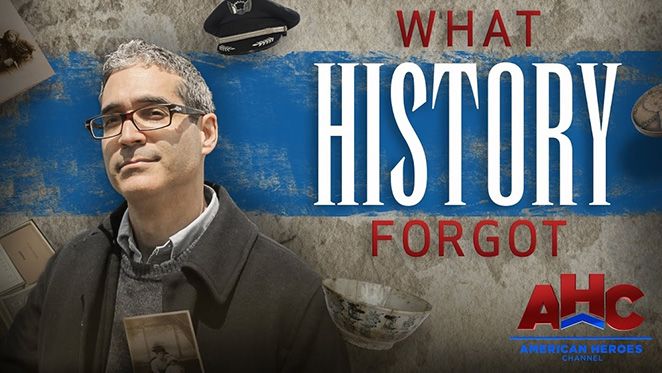 What History Forgot is an exclusive new documentary series that reveals fascinating secrets and mysteries of history related to the most famous American icons and events. The original series debut took place in 2015, and the second season premiered on American Heroes Channel on March 5, 2016. Each of the freshman season`s six episodes contains 4 separate stories united loosely by an umbrella topic.

The docuseries is produced by Atlas Media, with Bruce David Klein, Lorri Leighton and Max Culhane serving as executive producers. The series is hosted by Joe Moniaci, a history buff and a high school history teacher who is very enthusiastic about sharing the real, fascinating episodes of American history that change the way history is perceived.

The current second season features subjects like clandestine US military operations during World War II, Nazi propaganda secrets, the California Gold Rush, US government`s mistakes during the Prohibition Era, and many, many others that are just as riveting. The series has an excellent 8.9/10 rating on IMDb, and provides a truly multifaceted educational experience to the viewers, hopefully, igniting their curiosity in regard to the events depicted in the program. Apparently, the viewership ratings are strong enough for the series to continue into the second season, and the prospects for further renewal also seem good. Please stay tuned for further announcements on the fate of What History Forgot and find out whether the series is canceled or renewed.

Subscribe to receive news and updates when a show is renewed or canceled. You will receive an automatic email when theWhat History Forgot season 3 Episode 1 release date is officially announced.

Share this with friends:
ReleaseDate.show » Release » AHC is yet to renew What History Forgot for season 3
Related Serial
When Will