This article has the most up-to-date info on the status of Cold Water Cowboys season 4 as we continuously monitor the news to keep you in the know. Discovery Channel is yet to make a decision on its future. Subscribe to our automatic updates below. 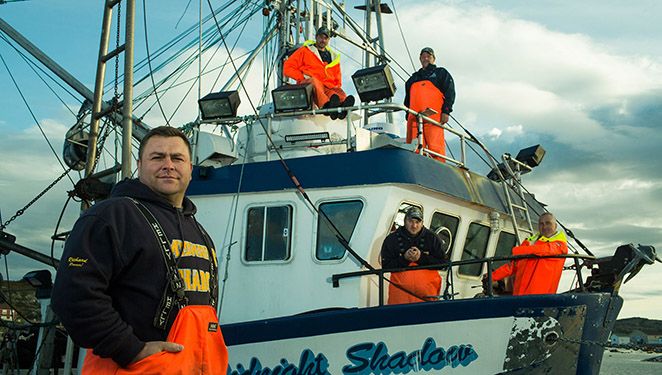 Cold Water Cowboys is a documentary television series airing on Discovery Channel since 2014. It has debuted with its third eight-episode season on March 8, 2016. The series is produced by Paperny Entertainment, with David Paperny, Cal Shumiachter and Audrey Mehier serving as executive producers.

Newfoundland`s fishing industry is portrayed in Cold Water Cowboys. This season a new captain, Rick Crane, joins the regular cast of six captains and their crews. The returning captains are Andre and Michelle Jesso, Conway Caines, Paul Tiller, Richard Gillett and Morris Antsey. The fishermen take on the dangerous waters of the Atlantic Ocean, putting everything on the line to make a profit. Besides the unpredictable elements, there is the trouble with poachers, navigating around icebergs and other unlikely trouble that the regular television viewer is not particularly familiar with, thus all the more compelling.

Cold Water Cowboys has a 7.1 IMDb rating, and the ratings have been very impressive since the original series premiere. In its second season it was the top-ranked show in its timeslot in total viewership, as well as the adult 25-54 and 18-49 demographics. The current season is also attracting impressive numbers of viewers. The adventures can be followed online, exclusively at Discovery.ca with the Atlantic Empire simulation game. Please stay tuned for further developments and announcements on the future of the series, and find out whether the popular series is renewed for yet another run.

Subscribe to receive news and updates when a show is renewed or canceled. You will receive an automatic email when theCold Water Cowboys season 4 Episode 1 release date is officially announced.

Share this with friends:
ReleaseDate.show » Release » Discovery Channel is yet to renew Cold Water Cowboys for season 4
Related Serial
When Will

Discovery Channel is yet to renew Dual Survival for season 10