This article has the most up-to-date info on the status of Underground season 2 as we continuously monitor the news to keep you in the know. WGN America has officially renewed the series for another season expected to debut in 2017. To get notified of the exact premiere date – subscribe for updates below. 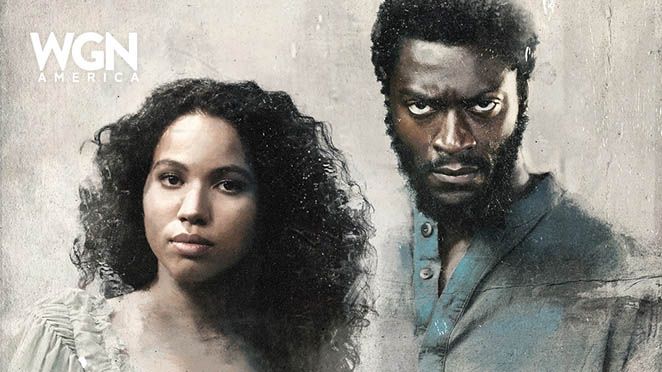 About the series, storyline and cast

The storyline follows a group of slaves planning a daring and desperate 600-mile escape from a plantation in Georgia. The storyline revolves around Noah (Aldis Hodge), Rosalee (Jumee Smollett-Bell), and their fellow slaves carry their dangerous plan out in search of freedom. A secret Abolitionist couple aids them on their journey as the men and women are pursued by those who have to bring them back – or at least stop them, whatever the cost. Among the stars of Underground are Christopher Meloni, Alano Miller, Jessica De Gouw, Amirah Vahn and Marc Blucas.

Successful premiere and chances of renewal

The 74 Metascore and 7.8/10 IMDb score are very positive, and Underground`s viewership ratings are downright excellent. In the L+3 estimates the series premiere was seen by an average of 2.3 million viewers, and scored a 0.83 adult 18-49 demo rating, which is approximately 10 times the network`s average for primetime programs. Underground is currently the highest-rated original scripted series since the network`s launch. The premiere episode was the second-trending subject on social media the night of the debut, second only to the Democratic debates on CNN. The drama series looks very promising in terms of renewal potential, so stay tuned and don`t miss the likely renewal announcement.

UPDATED April 27, 2016: WGN has confirmed the renewal of its breakout drama series Underground for season 2. The upcoming installment is set to consist of ten episodes and should debut in 2017, with production slated to start in the summer of 2016. The first season did very well ratings-wise, with 3 million viewers in the L+7 Nielsen numbers, and its last Wednesday night episode became the #1 original scripted cable series. No release date has been announced yet, so please sign up for our automatic updates and receive an e-mail notification as soon as the premiere date is set.

Share this with friends:
ReleaseDate.show » Release » WGN America officially renewed Underground for season 2 to premiere in 2017
Related Serial
When Will