This article has the most up-to-date info on the status of Trauma Doctors Series 4 as we continuously monitor the news to keep you in the know. Channel 5 is yet to make a decision on its future. Subscribe to our automatic updates below. 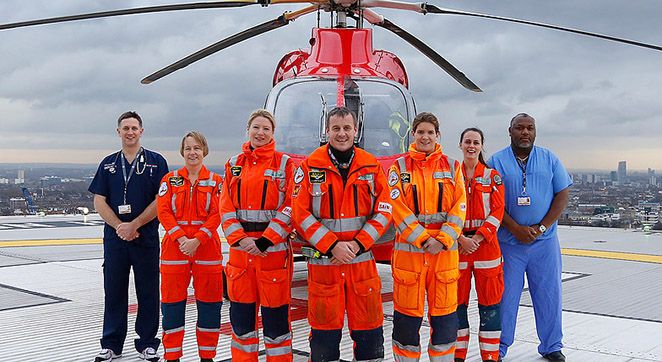 Trauma Doctors is a reality series portraying the work of emergency medical trauma teams.It is executive produced by Jane Aldous, Rob Carey, Camilla Lewis and Simon Lloyd, and produced by Cineflix Productions. It has been on the air since 2013, with the current third series having premiered on March 11, 2016 on Channel 5. The reality series` six one-hour episodes are airing in prime time.

The show portrays a top-notch team of doctors and the process of diagnosing and treating patients at one of the leading trauma centers in the UK. Each case poses new difficulties, and the medical decisions that have to be made on the spot are documented using the compelling “inner monologue” technique. Thus the audience gets an internal look at the split-second decision-making process that is crucial in saving lives. Every second counts when the heroes of the Helicopter Emergency Medical Service and Royal London Hospital in Whitechapel are called in for the most life-threatening cases. Cutting-edge three-dimensional graphics provide a unique inside perspective on the cases.

The original series premiere attracted around 1.9 million viewers, while the first series as a whole was seen by a total of 5.4 million people. The series has a very respectable 8/10 IMDb score, reflecting the audience`s continued respect for and fascination with the medical profession and the amazing feats that doctors smetimes have to commit in order to save lives. There very well may be a renewal of this riveting show, so stay tuned for further information.

Subscribe to receive news and updates when a show is renewed or canceled. You will receive an automatic email when theTrauma Doctors Series 4 Episode 1 release date is officially announced.

Share this with friends:
ReleaseDate.show » Release » Channel 5 is yet to renew Trauma Doctors for series 4
Related Serial
When Will