This article has the most up-to-date info on the status of Timber Kings season 4 as we continuously monitor the news to keep you in the know. HGTV is yet to make a decision on its future. Subscribe to our automatic updates below. 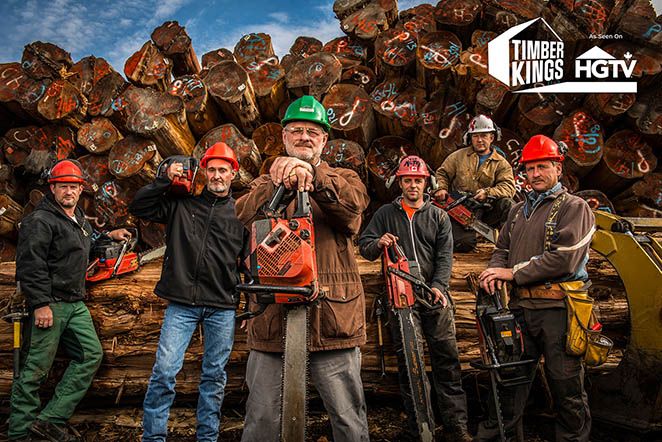 The hit Canadian reality series Timber Kings has been broadcast on HGTV since 2014. The current third season has aired on January 3, 2016. Troy MacNeill narrates the series which is created by Liam Cripps, executive produced by David Paperny, Cal Schumiatcher, Adam Wikenfield and Audrey Mehler, and produced by Paperny Films.

The series follows the crew from the Pioneer Log Homes of B.C. construction company, who have become all-time favorites of the DIY-related series audience. The company specializes in the construction of state-of-the-art log homes, as well as side projects like a hospital playground or a wooden raft for white-water rapids. The third season followed Joel and Bryan Sr. to Russia, as they`d finished up a luxurious 82,000-square foot mansion near Moscow, as well as Beat undertaking a dangerous build on the edge of a 100-foot cliff. The side projects that the crew members take on are also portrayed and turn out to be no less interesting – a children`s playground for a hospital and a wooden raft that could withstand a trip on white water rapids.

The current season, just as the preceding chapters, has been a hit with the viewers. The score boasts a 7.9/10 score on IMDb and has excellent reviews that note its entertaining and educational qualities, a personable crew and the beautiful unique homes portrayed in the series. There has been no official news of renewal for the next season, but the construction company`s website is hinting at an upcoming fourth season. The following is a quote from their web page: “These pieces of logs are going to be an entryway for a lodge in northern BC. To see the finished product you have to watch season 4 of Timber Kings!!” So this is not official, but certainly a promising enough clue to keep the fans on their toes waiting for an almost sure renewal announcement.

Subscribe to receive news and updates when a show is renewed or canceled. You will receive an automatic email when theTimber Kings season 4 Episode 1 release date is officially announced.

Share this with friends:
ReleaseDate.show » Release » HGTV is yet to renew Timber Kings for season 4
Related Serial
When Will