The release date for Some Assembly Required season 4 — Pending

This article has the most up-to-date info on the status of Some Assembly Required season 4 as we continuously monitor the news to keep you in the know. Netflix is yet to make a decision on its future. Subscribe to our automatic updates below. 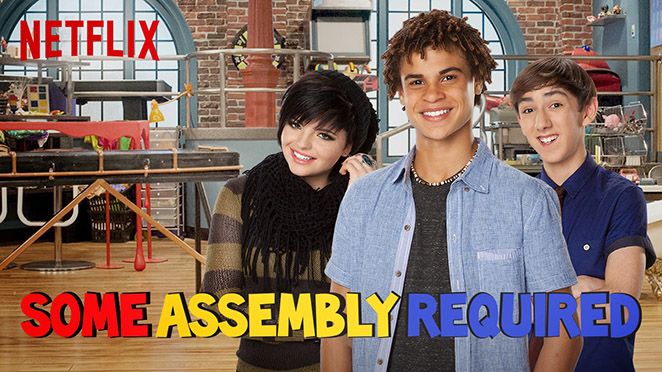 Some Assembly Required is a Canadian teen sitcom series that airs on YTV in Canada and streams on Netflix outside of Canada. It`s been on the air since 2014, and is currently in its third season, which premiered on YTV on March14, 2016. The program is created by Dan Signer and Howard Nemetz, executive produced by Signer, Nemetz, Michael Shepard and Tim Gamble and produced by Thunderbird Films, Gravy Boat Productions.

The series is set around Jarvis Raines (Kolton Stewart) a 14-year old who becomes the CEO of a toy company overnight, as a result of suing the company over a flawed chemistry set that caused an explosion in his house. The newly found businessman recruits a diverse crew of teenagers from his school to assist him in running the company. They invent and design new toys, operate a factory, make mistakes and have a blast doing it.

The sitcom received some mixed reviews from the viewers and critics, and has a 4.8/10 IMDb score. The characters are mostly superficial and stereotypical – there`s a geek, a dumb blonde, a brainiac, a fashionista, etc., although the performance of Charlie Storwick (Piper) is consistently praised. The plot and the writing quality are mediocre, although the concept definitely has strong potential, and there are some fun moments to laugh at. There have been rumors that the third season might be the last one for the series, but these are unconfirmed at this time. Please stay tuned for relevant announcements.

Subscribe to receive news and updates when a show is renewed or canceled. You will receive an automatic email when theSome Assembly Required season 4 Episode 1 release date is officially announced.

Share this with friends:
ReleaseDate.show » Release » Netflix is yet to renew Some Assembly Required for season 4
Related Serial
When Will

Netflix has officially renewed The Deep for season 2

The release date for The Deep season 2 — PendingThis article has the most up-to-date info on the status of The Deep season 2 as we continuously monitor the news to keep you in the know. Netflix has officially renewed the series for another season.…

Netflix is yet to renew Haters Back Off for season 2

CBC is yet to renew Kim`s Convenience for season 2