The release date for Through the Wormhole season 7 — Pending

This article has the most up-to-date info on the status of Through the Wormhole season 7 as we continuously monitor the news to keep you in the know. Science Channel has officially renewed the series for another season. To get notified of the premiere date – subscribe for updates below. 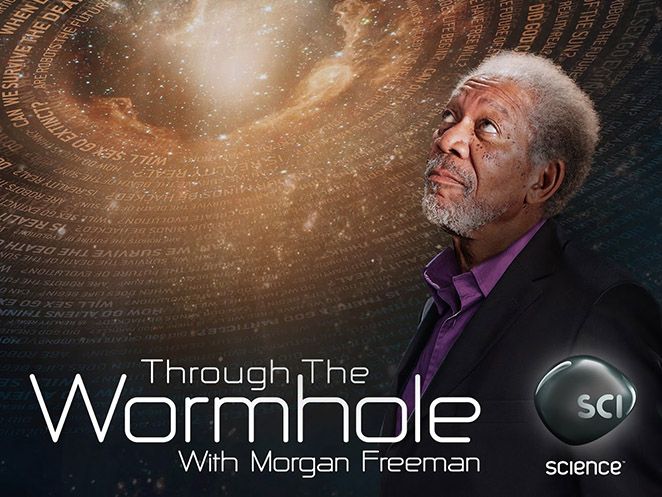 Through the Wormhole is a US scientific documentary series airing on Science since 2010. The series is produced by Revelations Entertainment and The Incubator, presented by the Academy Award winning actor Morgan Freeman and written by Kurt Sayenga, Rhys Thomas and Thomas Quinn. The last completed sixth season wrapped up on June 3, 2015.

The series tackles the deepest enigmas of life, some of which have intrigued humankind for centuries, and some that have evolved very recently as various branches of science have progressed. Is there a sixth sense? Is immortality possible? What triggered life on Earth? Are there dimensions beyond the three that we know? Does time actually exist? The most fascinating questions, the most brilliant ideas, the most progressive scientists come together on Through the Wormhole.

`Tis the season to reveal programming plans for the next television season, and Science has renewed Through the Wormhole for a seventh run, among the many other successful series on its roster, both new and returning. With an 8.8/10 IMDb score and raving reviews from the viewers, the renewal comes as no surprise. Aging and privacy are two among the fascinating topics featured in the upcoming season. 2015 has proven to be a good year for many networks that focus on documentary and reality programming, and Science is no exception, with the first quarter of 2016 becoming its top-rated quarter in history. No mention of a premiere date has been made, so please stay tuned for network announcements.

Share this with friends:
ReleaseDate.show » Release » Science Channel has officially renewed Through the Wormhole for season 7
Related Serial
When Will