This article has the most up-to-date info on the status of Houdini and Doyle Series 2 as we continuously monitor the news to keep you in the know. Unfortunately, ITV has officially canceled the series. There will be no Series 2. 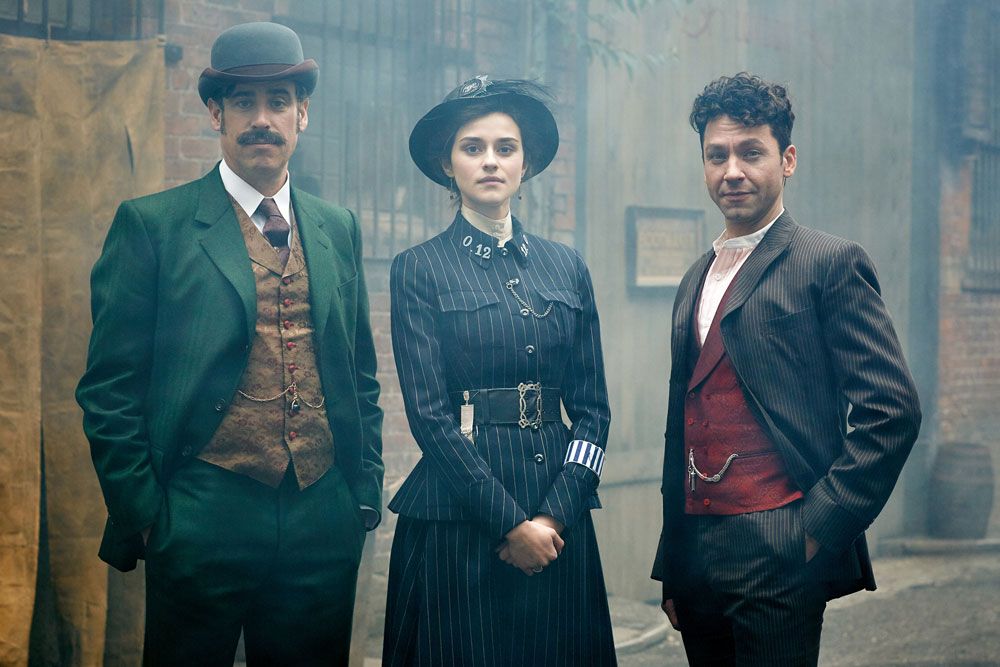 A British-Canadian drama series, Houdini and Doyle has premiered on ITV in the UK on March 13, 2016, with the debut date in the US and Canada set to May 2, 2016. The series is created and executive produced by David Hoselton and David Tilcher, with David Shore also executive producing. The series is a joint production by Shore Z Productions, Big Talk Productions, Shaftesbury Films and Shaw Media for Fox, ITV and Global (Canada).

The concept of the series revolves around the reputedly real, although unconfirmed, friendship of writer Sir Arthur Conan Doyle (Stephen Mangan) and escapologist Harry Houdini (Michael Weston). The storyline is really stretching the plausibility limits, but on the other hand, the series is not pretending to be a straight-faced historic drama. It is a detective series with a supernatural twist and a female constable Adelaide Stratton (Rebecca Liddiard) - “the first female constable in history”, which is also sort of a supernatural twist for the turn of the twentieth century period. Houdini and Doyle are involved in the investigation of several strange deaths, and take on the roles of the skeptic and the believer in regard to the supernatural forces` possible involvement.

The series has a 6.8/10 IMDb rating, and is praised for being well-written and harmoniously paced. Another aspect of Houdini and Doyle that earned a nod from the critics is the fact that it doesn`t take itself too seriously and is entertaining without pretending to be “breakout television”. Stay tuned for announcements on the series` future, since at this point it`s not quite clear whether it`s popular enough to the warrant a renewal.

A 10-episode first season of Houdini and Doyle has wrapped up on Fox on July 4, 2016. It has scored a share of 2 and an audience of 1.7 million viewers, which is close to the season low of 1.66. The demo rating remained steady at 0.4 for the last 4 episodes. The network did not really leave the final episode a single chance for decent ratings by launching it on Independence Day. In the season finale the trio – Harry Houdini, Arthur Conan Doyle and Adelaide Stratton – are involved in investigation of a mysterious death of dozens of people in a small town with no apparent cause. Adelaide`s husband fakes his death, and Houdini sees his mother`s ghost yet again and fears for his sanity. Fox seems to have lost interest in continuing with the British-Canadian series, while ITV and Global have yet to make their decisions on the still uncertain future of Houdini and Doyle.

UPDATED August 4, 2016: Going, going...gone. The mystery detective drama series Houdini & Doyle has been canceled by Fox due to its low ratings and below-average reviews. Within the span of a 10-episode season viewership dropped from 2.6 million viewers and a 0.7 rating to 1.77 million and 0.4. Fox has expressed its dissatisfaction with the show for some time, and now it has taken a definite shape. Perhaps the resources used on Houdini & Doyle really are better spent elsewhere, or, perhaps the show will find a home elsewhere.