The release date for One Born Every Minute series 10 — Pending

This article has the most up-to-date info on the status of One Born Every Minute Series 10 as we continuously monitor the news to keep you in the know. Channel 4 has officially renewed the series for another season. To get notified of the premiere date – subscribe for updates below. 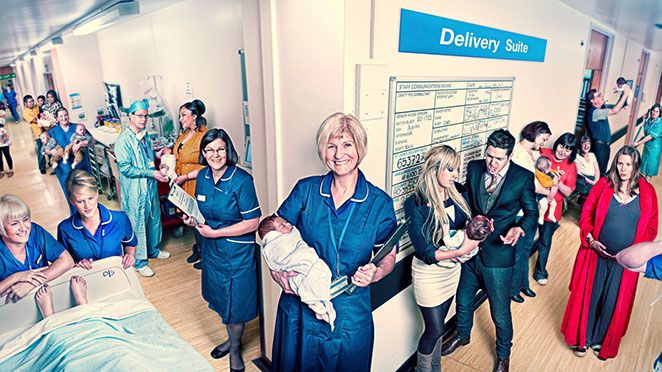 One Born Every Minute is a hit British observational docu-series airing on Channel 4 since 2010. It is narrated by Steven Hartley and produced by Dragonfly Film and Television Productions. The documentary program is presently in its ninth season, which premiered on March 22, 2016. There have been successful international adaptations of the series` format in the United States, Sweden and France.

One Born Every Minute follows the labor ward operations. There has even been a petition to ban the series from television due to the fact that it scares women and makes labour seem terrible rather than offer a more balanced view of the process.

The series has been tremendously successful, and has in fact scored the highest ratings in TV history of any fixed rig multicamera program, with over five million viewers tuning in for the most popular of its episodes. The series has received a Best Factual Series BAFTA for its first installment, and was nominated for another BAFTA for the subsequent chapter. The current series premiered to an excellent audience of 2.1 million viewers. The series has a 7.4/10 IMDb rating and has enjoyed great popularity over the years. There doesn`t seem to be a chance of the show being canceled any time soon, as the amazing joy radiating from the birth process, however painful it might, be offers excellent production value, if we might go so far as to cynically make such a statement.

UPDATED May 17, 2016: Despite what Channel 4 has called “erosion in ratings”, it has renewed its veteran series One Born Every Minute for a 10th season. The show has enjoyed amazing popularity over the years, and even though the viewership numbers are predictably declining, the renewal is also a logical step, as the show has become a feel-good staple of British television. Sign up for our updates and be automatically informed of the premiere date of the upcoming season of One Born Every Minute.

Share this with friends:
ReleaseDate.show » Release » Channel 4 has officially renewed One Born Every Minute for series 10
Related Serial
When Will

The release date for The Job Interview series 2 — PendingThis article has the most up-to-date info on the status of The Job Interview Series 2 as we continuously monitor the news to keep you in the know. Channel 4 is yet to make a decision on its…