This article has the most up-to-date info on the status of Prank Academy season 2 as we continuously monitor the news to keep you in the know. YouTube Red is yet to make a decision on its future. Subscribe to our automatic updates below. 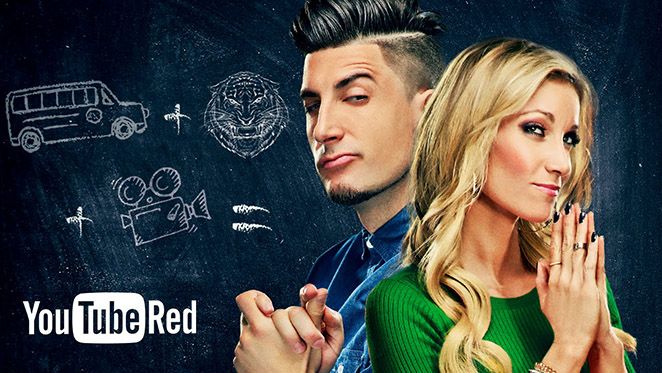 The program, announced in April 2016, is funded by YouTube. It features Jesse and Jeana, whose PrankvsPrank and two other YouTube channels have amassed over 19 million subscribers in the almost 10 years of their existence and generated almost 3 billion views. Jeana and Jesse are famous pranksters, who have been playing hilarious and ingenuous pranks on each other, and in these series they are becoming mentors to other aspiring pranksters and stunt masters. The show features cameo appearances from fellow famous YouTubers Louis Cole, Justine Ezarik, Joey Graceffa, Charles Trippy, Lily Singh, and many others, who will be taught the tricks of the prank trade.

Complicated and sensational mischief is taken to the next level in this ambitious online series, which is set to contain 18 episodes as of the moment. Prank tutorials by Jeana and Jesse were already given before the YouTube series were commissioned, and back in 2014 a video featuring Caspar Lee (who has 5.9 million subscribers of his own on YouTube) scored over 7.2 million views. There really seems to be no apparent reason why the series featuring the ultra-famous duo of pranksters won`t continue, but fans need to stay tuned for updates on the series future, as no announcements have been made yet on its fate.

Subscribe to receive news and updates when a show is renewed or canceled. You will receive an automatic email when thePrank Academy season 2 Episode 1 release date is officially announced.

Share this with friends:
ReleaseDate.show » Release » YouTube Red is yet to renew Prank Academy for season 2
Related Serial
When Will

The release date for Girls season 6 — February 12, 2017This article has the most up-to-date info on the status of Girls season 6 as we continuously monitor the news to keep you in the know. HBO has scheduled the premiere date for a new season for…

The release date for The Katering Show series 3 — PendingThis article has the most up-to-date info on the status of The Katering Show Series 3 as we continuously monitor the news to keep you in the know. ABC (AU) is yet to make a decision on its…

Nickelodeon is yet to renew Regal Academy for season 2