The release date for The Catch season 2 — Pending

This article has the most up-to-date info on the status of The Catch season 2 as we continuously monitor the news to keep you in the know. ABC has officially renewed the series for another season. To get notified of the premiere date – subscribe for updates below. 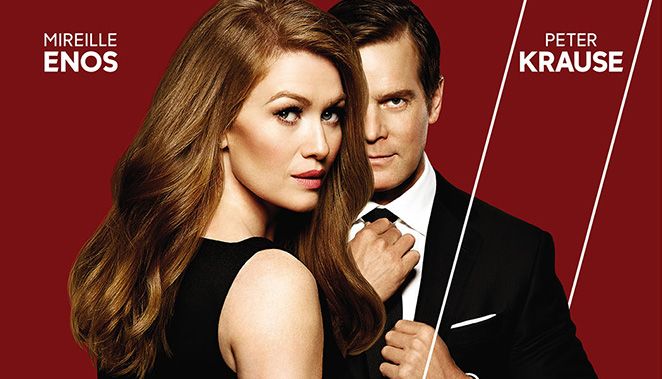 A new American criminal mystery drama series, The Catch, has premiered on March 24, 2016 on ABC. The show was created by Jennifer Schuur and Helen Gregory, developed by Alan Heinberg and executive produced by Betsy Beers, Shonda Rhimes and Julie Anne Robertson. ShondaLand and ABC Studios are behind the production.

Alice Vaughan (Mireille Enos) is an LA private investigator who becomes the victim of fraud by her fiance. She has to find him, before her career falls on the road to disaster. Benjamin Jones (Peter Krause) reprises the role of her scheming fiance, with Sonya Walger, Jacky Ido, Rose Rollins, Alimi Ballard and Jay Hayden co-starring.

The show has a 7.2/10 IMDb score and has been received with mostly positive reviews, many of them praising Mireiile Enos` performance. The review aggregator websites, however, have not been particularly impressed by the program. They have given the show average ratings – 69% on Rotten Tomatoes and 59% on Metacritic, with a general consensus on the series` predictability and lack of gripping action. The Catch premiered to 5.85 million viewers, a 1.2 rating in the 18-49 demo and a share of 4%. By the third episode the viewership has slumped to 4.89 million viewers, but the share remained steady at 4%, with the demo rating edging down a tenth to 1.1. Please stay tuned for the network`s decision on the future of The Catch, as it may still go either way – with reasonable ratings and average reviews.

A 10-part debut chapter of the ABC network’s newest thriller and crime drama TV show The Catch wrapped up its twisty storyline on Thursday, May 19, 2016. While a new addition to the Shondaland has not become the ratings hit and delivered an average viewership for the freshman run of 4.6 million, the network decided to give the show another chance. The final episode was quite a roller coaster ride with Ben cutting the deal with the FBI to help them catch The Firm while Margot, her mother and her brother attempt a major and seemingly well-orchestrated con at a society wedding. Nothing proves more dangerous than a scorned woman, and just when Alice and Ben seem to be on the verge of a happy ending, Alice gets arrested for having a stolen painting at her house – courtesy of an “anonymous” tip. During the last minutes of the episode, her knight in a shining armor swoops in and takes the fall.

UPDATED May 13, 2016: Despite reviews that were generally positive, but described it as unimaginative and poorly developed, The Catch has been renewed for a sophomore run on ABC. The ratings that averaged close to 5 million viewers per episode have secured a renewal of the cat-and-mouse drama amid a day of cancelations at ABC. Mireille Enos and Peter Krause will return to reprise their roles in the criminal mystery. Sign up for our automatic updates and receive the release date information for The Catch season 2 as soon as it is set.

Share this with friends:
ReleaseDate.show » Release » ABC has officially renewed The Catch for season 2
Related Serial
When Will