The release date for Sisters in Law season 2 — Pending

This article has the most up-to-date info on the status of Sisters in Law season 2 as we continuously monitor the news to keep you in the know. WE tv is yet to make a decision on its future. Subscribe to our automatic updates below. 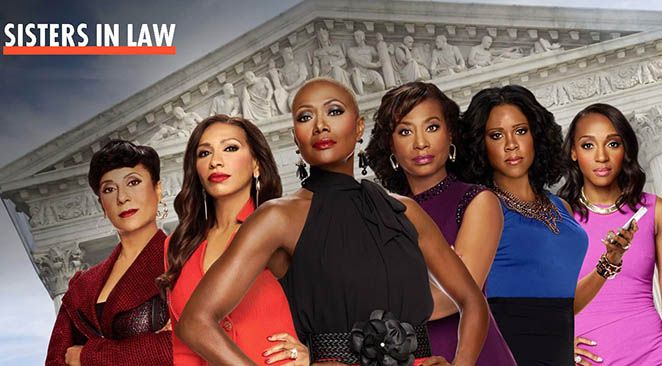 About the series and cast

Sisters in Law is a new reality series airing on WE tv since March 24, 2016. It is produced by Collins Avenue Productions and executive produced by Jeff Collins, Laura Galperin, Michael Hammond, Sandi Johnson, Erynn Sampson and Bryan Stinson.

The show features five powerful female African-American attorneys – Juanita Jackson, Jolanda Jones, Vivian King, Rhonda Wills, Monique Payne and Tiye Foley. The women were friends prior to becoming stars of their own reality show. There`s no cheap reality drama found here, although the grit of reality of the women`s personal and professional lives is certainly present. From the families of the stars to the criminal cases that Sisters in Law pursue, the eight episodes of the show are bound to be compelling, tasteful and unusual. Being a black female attorney in Texas, a state where 66% of lawyers are male and of this number 82% are white, requires a powerful will and a strong mind. The women portrayed on Sisters in Law support each other through the most difficult times.

The unscripted legal drama explores the struggle for success and the personal endeavors, and it certainly does it in style that`s unusual for the reality genre, in a true and profound celebration of strength and perseverance. It seems that among all the reality shows this should the one staying on screen, for its positive messages and strong role models. However, as no announcements have been made on a renewal or a cancelation, fans will need to stay tuned for relevant news.

Subscribe to receive news and updates when a show is renewed or canceled. You will receive an automatic email when theSisters in Law season 2 Episode 1 release date is officially announced.

Share this with friends:
ReleaseDate.show » Release » WE tv is yet to renew Sisters in Law for season 2
Related Serial
When Will