The release date for Thicker Than Water season 4 — Pending

This article has the most up-to-date info on the status of Thicker Than Water season 4 as we continuously monitor the news to keep you in the know. Bravo is yet to make a decision on its future. Subscribe to our automatic updates below. 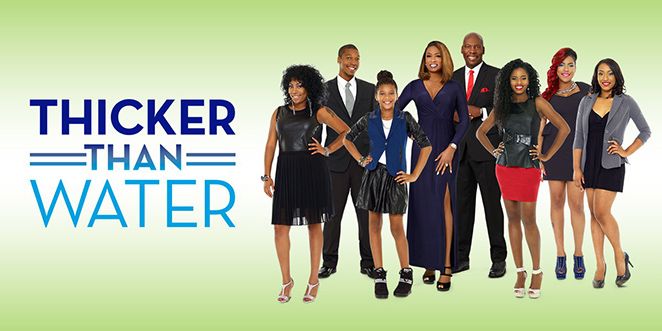 Thicker Than Water is a US reality television series airing on Bravo. It debuted in 2013, and is presently in its third season that premiered on March 27, 2016. The series is produced by Sirens Media and John Doe Productions and executive produced by Rebecca Diefenbach, Valerie Drescher, Lucilla D`Agostino, Caroline Self, Renard Young and Darren Tooth.

The program follows the everyday life of Ben Tankard, an ex-professional basketball player and currently a millionaire and a gospel and jazz musician. His family consists of his wife Jewel and their children Benji, Britney, Brooklyn, Cyrene, Diamond and Shanira. The blended family has strong religious convictions, and enjoys a lavish lifestyle, which, they believe, is God`s will, just as everything else. There has been some criticism of the self-centered way in which the Tankards live, but the audience`s curiosity is apparently stronger than its contempt.

Season 3 is back with a pregnancy, wedding vows to renew and much intrigue and stress in the life of the Tankard clan. The current season of Thicker Than Water premiered to 1.06 million viewers, which is approximately 500,000 viewers fewer than the debut episodes of the previous two seasons. The numbers, however, are still very impressive for Bravo, and the future of Thicker Than Water looks rosy at the moment, so please stay tuned for network announcements.

Subscribe to receive news and updates when a show is renewed or canceled. You will receive an automatic email when theThicker Than Water season 4 Episode 1 release date is officially announced.

Share this with friends:
ReleaseDate.show » Release » Bravo is yet to renew Thicker Than Water for season 4
Related Serial
When Will