This article has the most up-to-date info on the status of Duck Quacks Don`t Echo Series 5 as we continuously monitor the news to keep you in the know. Sky1 has scheduled the premiere date for a new season for August 29, 2016. 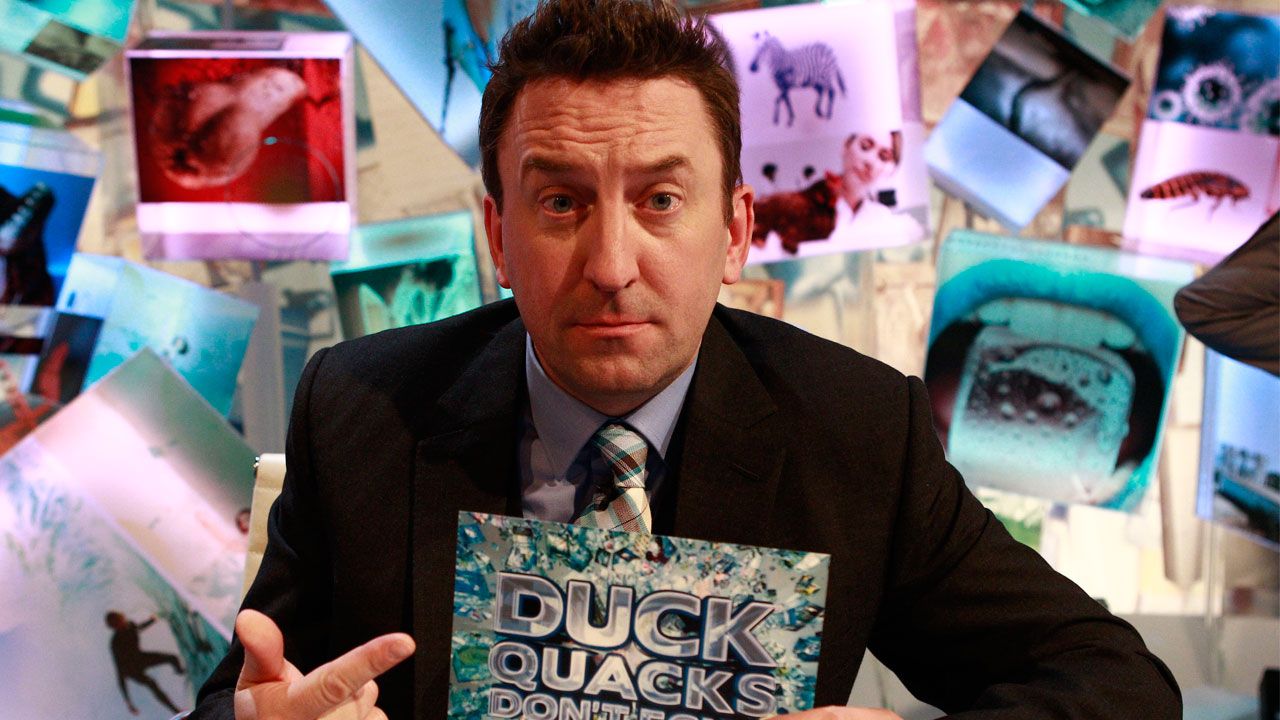 Each episode of the program consists of three rounds – Fact Off, Fact Finder and Mack`s Fact. The celebrities on the panel present an amazing fact to their fellow panelists and go on to prove that it`s the truth – or not. The range of the subjects covered is very wide, from raindrops bouncing, figs containing dead wasps to bamboo being stronger than steel, but the presentation is what makes it highly entertaining, even if unsubstantial. Among the panelists featured in the early episodes of series 4 are Dara O`Brien, Davina McCall, Jessica Hynes, Sara Cox, Josh Widdicombe, Greg Wallace and Lorraine Kelly.

The series has an IMDb score of 7.7/10 and has held a steady viewership under 200,000 throughout the course of its run. The first three episodes of the present series have averaged 160,000 viewers and a 0.7% share of the audience. Since similar viewership ratings have previously warranted renewal, it would be fairly safe to assume that the wacky humor of Duck Quacks Don`t Echo will be continued past the present series. However, no announcements have been made yet by the network, so please stay tuned for further developments.

UPDATED August 14, 2016: Before August expires, we are going to see the fifth series of Duck Quacks Don’t Echo. The comedy panel game show will return with an all-new fifth installment on August 29, 2016 at 8pm on Sky1. The upcoming series contains seven episodes and a highlights special to top all the fun off. Ross Kemp, Bob Mortimer and Sara Cox will join host Lee Mack and share the amusing facts with their fellow panel members in the first episode. Sign up for our automatic updates and we’ll drop you a reminder regarding the premiere date one day in advance.