The release date for Two in a Million season 2 — Pending

This article has the most up-to-date info on the status of Two in a Million season 2 as we continuously monitor the news to keep you in the know. TLC is yet to make a decision on its future. Subscribe to our automatic updates below. 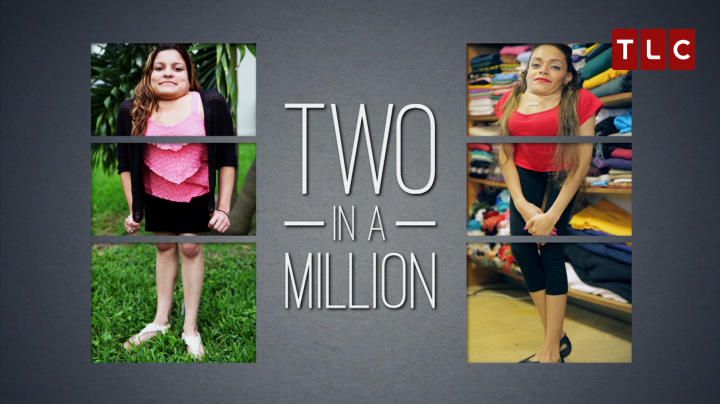 Two in a Million is an all-new TLC documentary series that premiered on April 6, 2016. The show is produced by RAW.

The series explores a very emotionally charged subject matter that is not often dealt with on television and off screen. Each episode of Two in a Million portrays two people who share one extremely rare medical condition, their struggles and triumphs of various scale, from everyday concerns to major issue – personal, medical and social. They spend a week together sharing their journeys, forming a bond and searching for answers regarding their conditions.

Some of the world`s most unusual disorders and people suffering from them are featured in Two in a Million. The six episodes portray one genetic condition each – Lamellar ichthyosis, Schwartz Jampel syndrome, osteogenesis imperfecta, Jarcho-Levin syndrome and ectodermal dysplasia and Goldenhar syndrome. Each one brings its own difficulties into the lives of the patients and their families. The understanding and support required by those who surround the patients in each case is great, and has to be integrated with the need for independence that the patients feel and other psychological issues. The series portrays both children and young adults, and each of them has a special set of things to deal with depending on their physical state. The audience can draw inspiration, become more informed and mindful, and foster respect for the people portrayed and their families. No announcements have been made regarding a potential renewal, so please stay tuned and we`ll inform you of the series` future.

Subscribe to receive news and updates when a show is renewed or canceled. You will receive an automatic email when theTwo in a Million season 2 Episode 1 release date is officially announced.

Share this with friends:
ReleaseDate.show » Release » TLC is yet to renew Two in a Million for season 2
Related Serial
When Will