The release date for The Other Kingdom season 2 — Pending

This article has the most up-to-date info on the status of The Other Kingdom season 2 as we continuously monitor the news to keep you in the know. Nickelodeon is yet to make a decision on its future. Subscribe to our automatic updates below. 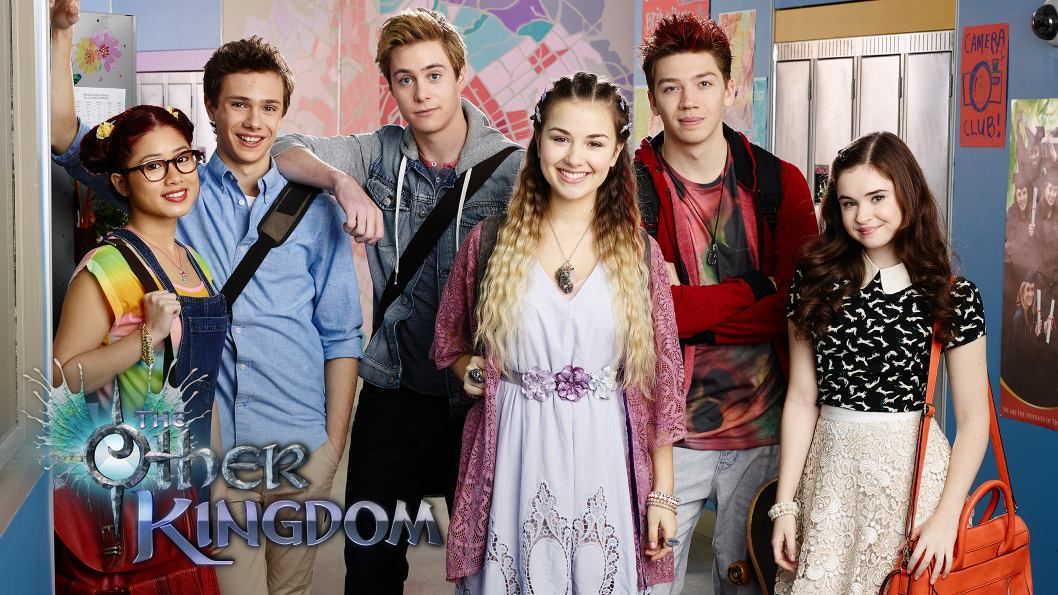 The Other Kingdom is a live-action children and teen comedy and fantasy television series airing on Nickelodeon. The program premiered on April 10, 2016. It is created and executive produced by Thomas W. Lynch, Steven DeNure and Anne Loi and produced by DHX Media. The freshman season contains 20 episodes.

The storyline centers on Fairy Princess Astral (Esther Zynn) who`s grown up in the magical kingdom of Athenia, and, having always dreamt to be a human being, consequently sets out to attend a regular high school with regular kids in the human world. She poses as an exchange student in order to conceal her utter lack of knowledge about the specifics of the everyday human life. She discovers a whole new world and finds out how difficult it is to fit in. Among the cast members are Callan Potter, Josette Halpert, Celina Martin and Taylor Adams.

The show is a fun take on the classic fish-out-of-the-water storyline, and seems to be a likable and heartening watching experience. It explores social issues that resonate with the target audience, such as finding your true identity, social relationships, fitting in at a new place, peer pressure. By the end of her 90 days in the human world Astral has to make a choice – whether to remain a fairy and become the queen of Athenia, or remain in the mortal world. The Other Kingdom premiered to an audience of 1.29 million viewers, dwindling somewhat to 0.91 million viewers by the fourth episode. It`s difficult to predict whether the series will be renewed for a second season, so we will monitor network announcements and keep you posted.

The 20-episode freshman season of Nickelodeon`s live-action fantasy comedy The Other Kingdom has bowed out on June 19, 2016 with two back-to back episodes. The last two episodes` viewership was on par with the rest of the season, seen by 0.96 and 0.83 million viewers, respectively. The 19th episode portrayed Astral and the crew trapped in the gymnasium at the Time of the Dimming, and the exciting season finale featured Astral, Morgan and Devon getting all things in place for the fall dance. The Other Kingdom is currently averaging a 6.4/10 IMDb score, and is generally reviewed in a positive manner. In all likelihood, it should be renewed for a second season, but as there have been no announcements made by Nickelodeon yet, viewers should stay tuned for further information.

Subscribe to receive news and updates when a show is renewed or canceled. You will receive an automatic email when theThe Other Kingdom season 2 Episode 1 release date is officially announced.

Share this with friends:
ReleaseDate.show » Release » Nickelodeon is yet to renew The Other Kingdom for season 2
Related Serial
When Will

Nickelodeon is yet to renew Winx Club for season 8

The release date for Winx Club season 8 — PendingThis article has the most up-to-date info on the status of Winx Club season 8 as we continuously monitor the news to keep you in the know. Nickelodeon is yet to make a decision on its future.…

CBBC is yet to renew Hank Zipzer for series 4

The release date for Hank Zipzer series 4 — PendingThis article has the most up-to-date info on the status of Hank Zipzer Series 4 as we continuously monitor the news to keep you in the know. CBBC is yet to make a decision on its future. Subscribe…

The release date for Marcella series 2 — PendingThis article has the most up-to-date info on the status of Marcella Series 2 as we continuously monitor the news to keep you in the know. ITV has officially renewed the series for another season. To…