This article has the most up-to-date info on the status of Wild Things Series 3 as we continuously monitor the news to keep you in the know. Sky1 is yet to make a decision on its future. Subscribe to our automatic updates below. 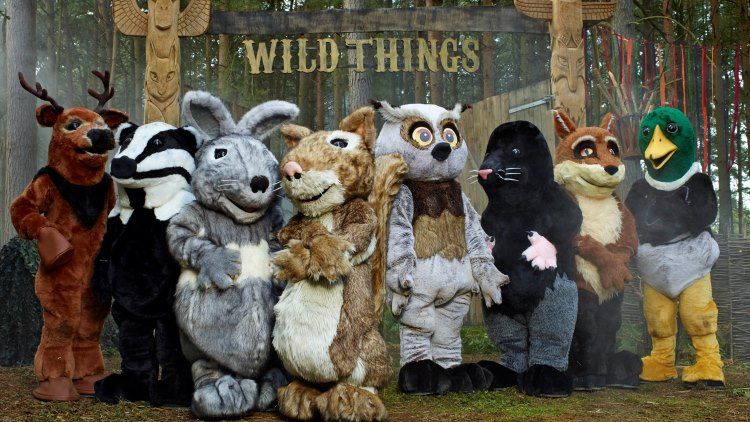 Wild Things is a British wildlife-themed family entertainment and game show television series airing on Sky 1 since March 2015. The show is presently in its second series which has premiered on April 10, 2016. It is produced by IWC Media, GroupM Entertainment and Mad Monk.

Kate Humble and Jason Byrne present the unusual game show, where four teams of two people compete for a cash prize of £10000. The format requires one member of each team to don a large furry costume that prevents them from seeing, and the second team member serves as the first one`s guide. The teams compete against each other as they try to find a way to overcome the challenging obstacle course and escape from The Wild Wood.

The program has an 8.1/10 IMDb rating and has received a Broadcast Digital Award for Best Entertainment Program. The second series consists of ten one-hour episodes of human-size owl, duck, badger, mole, fox, rabbit, squirrel and stag wandering around the woodlands, trying to be the first to escape from The Wild Wood. The costumes make for a good laugh, and also provide the extra padding for the nasty tumbles which the players often take as they wander around the obstacle course. The dress-up craziness is supported by the comedic commentary by the hosts. The show`s hailed as thoroughly entertaining, so there`s a perfectly good chance of Wild Things being picked up for another season. Please stay tuned for relevant updates on the series future.

Subscribe to receive news and updates when a show is renewed or canceled. You will receive an automatic email when theWild Things Series 3 Episode 1 release date is officially announced.

Share this with friends:
ReleaseDate.show » Release » Sky1 is yet to renew Wild Things for series 3
Related Serial
When Will