This article has the most up-to-date info on the status of Hunters season 2 as we continuously monitor the news to keep you in the know. Unfortunately, Syfy has officially canceled the series. There will be no season 2. 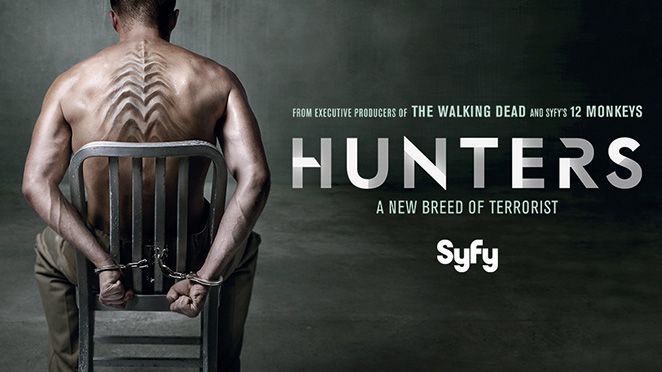 Hunters is a science fiction / drama television series that premiered on SyFy. The show`s created by Natalie Chaidez based on the best-selling novel Alien Hunter by Whitley Strieber. It is executive produced by Chaidez, Gale Anne Hurd and Emilie Levisetti and produced by Valhalla Entertainment and Universal Cable Production. The current season consists of 13 episodes.

The plot focuses on the disappearance of a wife of a decorated FBI officer in Philadelphia. The troubled FBI agent Flynn (Nathan Philips) is led by his investigation to a secret US government unit that was assembled with the goal of hunting terrorists who might not even be of human nature. Allison Reagan (Britne Oldford) is Flynn`s partner in the investigation that challenges the human nature of many in their immediate surroundings. Is it paranoia or revelation the true state of things?

Negative reviews and prospects of renewal

The show`s premiered to 540,000 viewers, with 430,000 tuning in for the second episode. The critical reception has been universally negative so far, with the series unanimously slammed for being generic, immediately forgettable and cynical at its core. Th plot is implausible and murky, lacking suspense. The show has a 5.2 IMDb score, an incredible 0% on Rotten Tomatoes, and a generally unfavorable score of 34 on Metacritic. It would be a surprise for a show with such low ratings to be renewed, but stranger things have been known to happen. Please stay tuned for announcements relevant to the series future, which does not look particularly promising at this point.

Hunters, the SyFy channel mystery thriller that did not manage to stay afloat beyond the freshman season, has concluded its 13-episode broadcast on July 12, 2016. Having launched with viewership at over 0.5 million for the series premiere, the ratings quickly dwindled to a low of 0.168 million by mid-season, going up to 0.31 million viewers for the finale. The series was canceled just prior to the season (and now series) finale. The last episode, New Holy Ground, features The Purge coming, with the Exo-Terrorism Unit forced to trust a questionable informant. All roads lead to the primary Hunters` base and a showdown is imminent. It is a rare show that garners such unanimous negativity, so there probably won`t be too many viewers bemoaning its cancelation.

UPDATED July 9, 2016: SyFy has announced the cancelation of its sci-fi drama Hunters after just one season. The series garnered universal criticism so far, with unusual unanimity of negative reviews regarding most aspects of the show. A cancelation was definitely expected, while SyFy`s other freshman series, such as The Magicians and The Expanse have been renewed and will continue to air. Hunters` premiere drew just over 0.5 million viewers, and the first season is not over just yet – if you`re a fan, catch the series finale on Monday, July 11, 2016 at 12am/11pm central.