This article has the most up-to-date info on the status of Strong season 2 as we continuously monitor the news to keep you in the know. NBC is yet to make a decision on its future. Subscribe to our automatic updates below. 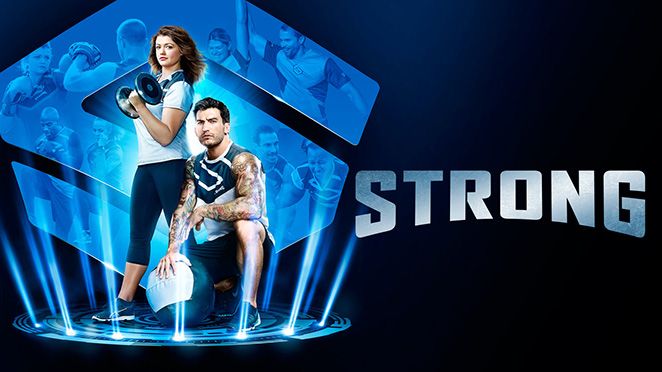 There are 20 contestants featured in the series – 10 male trainers and 10 female trainees. The trainers work on assisting the trainees in their care to achieve harmony in both physical and psychological senses. There is a wide range of activities that the teams participate in, including boxing, endurance training, mixed martial arts and more. Strong follows an elimination format, typical for this type of contest, but with its own twist. The cash prize that the participants contend for can be up to $500,000, with the amount depending on the team`s overall performance over the course of the show.

The freshman season of Strong contain 7 episodes, and is more than half-way through the broadcast. It has premiered to an audience of 3.33 million viewers, and has lost a significant number of viewers, with the last aired (fifth) episode seen by just 2.66 million. Whether the series find its own audience or will get lost in the group of similarly themed series is still unclear, so we will monitor the network announcements and keep you informed.

A 10-episode first season of Sylvester Stallone-produced grueling fitness competition Strong has wrapped up on June 2, 2016 on NBC. The series finale aired with an 18-49 demo rating of 0.6, a share of 3 among women 18-49 and a share of 2 among men 18-49. The total number of viewers tuning in for the last episode was 2.64 million, almost 700,000 less compared to its series premiere audience of 3.33 million viewers. Todd Durkin and Brittany Harrell-Miller were battling another trainer-trainee pair – Bennie Wylie and Jill May. After completing a more challenging obstacle course than they ever saw on the show before, Wylie and May emerged as the champions, winning over the runners-up by 16 seconds. While there have been no announcements regarding the future of the Strong, there seems to be a decent chance of a renewal. Stay tuned for further news!

Subscribe to receive news and updates when a show is renewed or canceled. You will receive an automatic email when theStrong season 2 Episode 1 release date is officially announced.

Share this with friends:
ReleaseDate.show » Release » NBC is yet to renew Strong for season 2
Related Serial
When Will