This article has the most up-to-date info on the status of Idiotest season 4 as we continuously monitor the news to keep you in the know. GSN is yet to make a decision on its future. Subscribe to our automatic updates below. 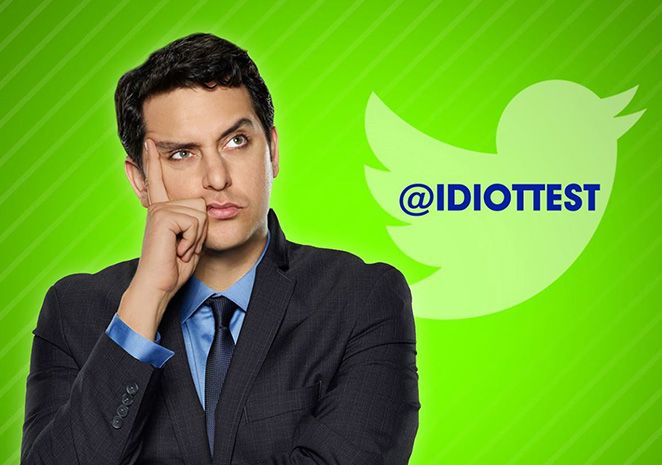 Idiotest is a US television game series airing on GSN (Game Show Network) since 2014. The show`s presented by Ben Gleib, executive produced by Adam and Jamie Rosenblatt, Christian Homer, Ryan Devlin, Shawn Greenson, Larry Barron, Ryan Curtis and Mark Cronin and produced by Little Wooden Boat Productions, Inc. The show is presently in its third season which was launched on April 12, 2016.

Brain teaser questions and visual puzzles are posed to two teams of two competitors each, and, judging by the results, one of the teams receives a prize of $10,000. Some of the questions are tricky or purposely misleading, and there`s a progressive increase in question complexity as the show goes on. For the hardcore fans of Idiotest there is an online game that can be played on GSN`s website, with 32 levels of question difficulty for the users to go through.

Mixed reviews and chances of renewal

Idiotest has received mixed responses, leaving most of the reviewers unimpressed. It does, however, have a solid 6.5/10 score on IMDb and a steady fan base of people who appreciate its more or less traditional approach to the game show business. The show is presently watched by an average audience between 300,000 and 350,000 viewers per episode, and has a 0.1 demo rating, which is perfectly on par with the two previous seasons. Considering the fact that it`s been on the air for three seasons, including the current one, and the ratings are steady, we may predict with a fair amount of assurance that this is not the last we`ll see of Idiotest. Stay tuned for our updates and don`t miss a renewal announcement if GSN does decide to pick the program up for another run.

Subscribe to receive news and updates when a show is renewed or canceled. You will receive an automatic email when theIdiotest season 4 Episode 1 release date is officially announced.

Share this with friends:
ReleaseDate.show » Release » GSN is yet to renew Idiotest for season 4
Related Serial
When Will

The release date for The Getaway Car series 2 — PendingThis article has the most up-to-date info on the status of The Getaway Car Series 2 as we continuously monitor the news to keep you in the know. BBC One is yet to make a decision on its future.…