This article has the most up-to-date info on the status of Blindspot Season 2 as we continuously monitor the news to keep you in the know. NBC has scheduled the premiere date for a new season for September 14, 2016. 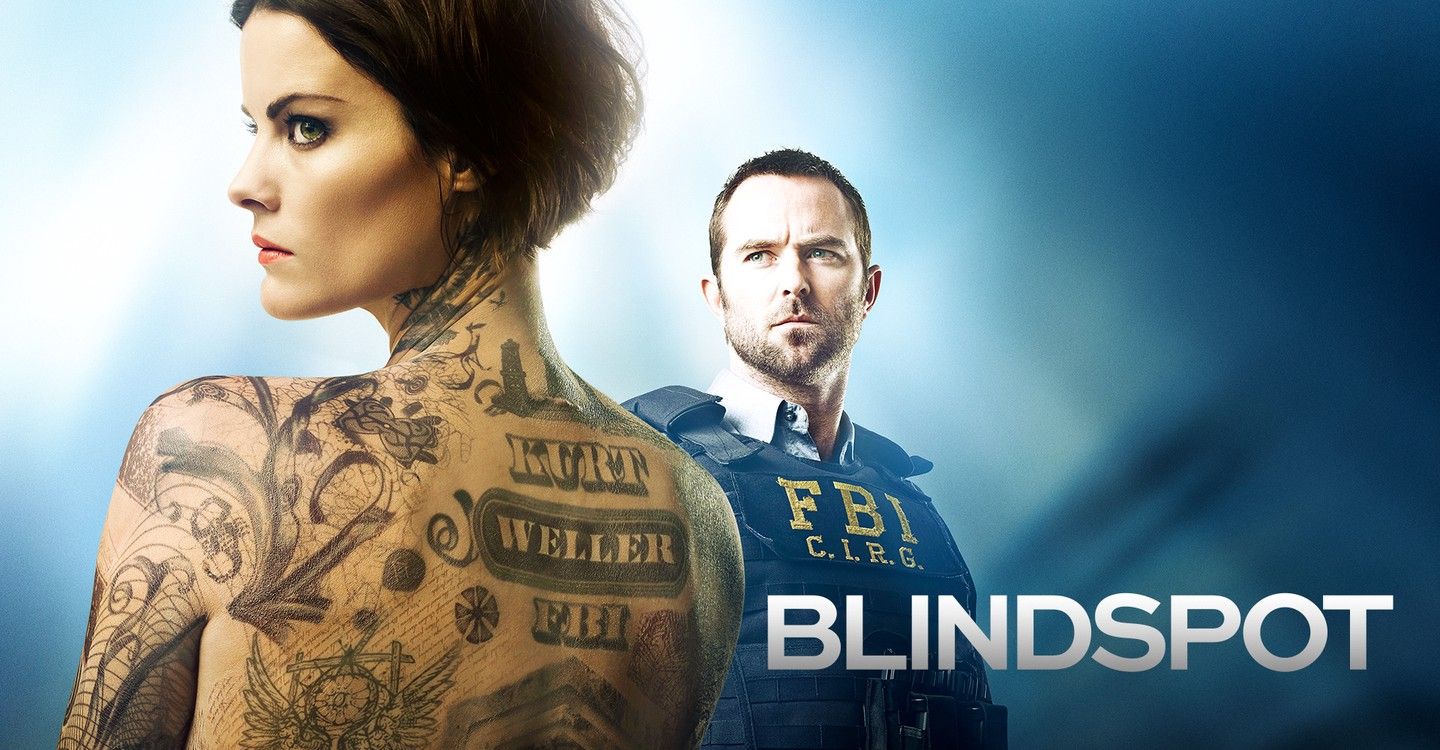 Blindspot is a new American crime TV drama series that centers on a mysterious tattooed woman who suffered a complete loss of memory and has no idea who she is. Created and executive produced by Martin Gero, the show stars Jaimie Alexander and Sullivan Stapleton. The series premiered on NBC on September 21, 2015.

A beautiful woman, with no memories of her identity or her past, is found naked in NYC’s Times Square with her body covered in intricate tattoos. Her mysterious discovery ignites the attention of the FBI, who begin to follow the tattoos on her body as a road map into a larger and even more complex conspiracy. Detectives try to piece together the clues of each tattoo to solve crimes and help her discover the truth about her own identity.

Season 1 of Blindspot premiered to more than 10.6 million viewers and has consistently held high ratings among audiences. So much so, that with just a few episodes in, the network commission an additional nine episodes, bringing season one to a total of 22 episodes. The series has received mostly positive reviews from critics, scoring a 66% fresh on Rotten Tomatoes and 65 out of 100 on Metacritic. While NBC may not yet be ready to commit to another season, if the ratings remain high fans will likely see Blindspot season 2 sometime next year.

The debut installment of criminal mystery drama Blindspot has aired its final 23rd episode on May 23, 2016. The ratings have gone seriously downhill from the premiere episode (5.85 million vs. 10.61 million), with the demo rating suffering even greater losses (1.3 vs. 3.1). In fact, all major networks struggled with ratings issues in the 2015/16 season, and NBC is no exception. As far as the significant season finale events that we`d like to recap for you, the keys to several mysteries have indeed been revealed, but not all. Jane pursues Oscar, and when she finally tracks him down, he captures her and names Shepherd as the mysterious figure behind the grand mysteries of Jane`s identity and previous life. When he`s about to wipe her memory clean again, Jane is able to free herself and kills Oscar. When she returns to the safe house, she encounters Weller, furious at her for lying to the FBI all along, who handcuffs and arrests her. That definitely means a certain shift in their relationship will take place in the beginning of the next chapter. Showrunner Martin Gero confirmed that Oscar is definitely dead and will not be making a shocking comeback in the next season. The show is set to air in the fall of 2016, and the series` creators have promised to post a series of Blindspot-related puzzles in their Twitter account to help their fans get through the hiatus.

Updated November 25, 2015: Blindspot, the new and highly acclaimed US hit crime drama TV series gets an official jumpstart into the second season. The phenomenal success that the first season enjoyed left no doubt that the dramatic fate of the amnesiac woman found naked in Times Square is set to unfold before our eyes for more seasons to come. The mysterious crime conspiracy that is encoded in the woman`s tattoos has attracted more viewers than any other show this fall. Will the next season of Blindspot be just as compelling? Sign up for an automatic e-mail to be sent to you with the release date, don`t miss the season premiere and find out!

Updated December 16, 2015: While the fans of Blindspot have already been informed earlier that the mysterious thriller series will indeed be renewed for a second season, NBC`s latest press release announced the release date for the post-Christmas break continuation of the current freshman season. The 13 remaining episodes are set to air on February 29, 2016 at 10m ET/PT. Blindspot is still topping the ratings charts and enjoying excellent reviews, which is irrelevant to the already announced renewal, but still a joy for the viewers. Subscribe to our notifications and find out about any possible season one scheduling changes and season two premiere date– when it is announced.

UPDATED June 16, 2016: Last year`s top-rated new series in the 18-49 demographic, Blindspot, will launch its second season on NBC on Wednesday, September 14 at 10pm. The season finale of hit reality series America`s Got Talent will serve as the lead-in for the mysterious crime drama. Oscar is no longer a part of the story, killed by Jane in the freshman season finale, and the relationship between her and Weller is bound for change in the sophomore chapter. Will Blindspot be able to overcome the viewership ratings issues that it faced last season? Sign up for our updates, receive a reminder of the release date and don`t miss the exciting season premiere!

UPDATED July 23, 2016: Fans at Comic-Con 2016 were treated to an exclusive sneak peek of Blindspot`s second season, including brand-new, never-before-seen footage.