This article has the most up-to-date info on the status of Case Closed with AJ Benza season 2 as we continuously monitor the news to keep you in the know. Reelz is yet to make a decision on its future. Subscribe to our automatic updates below. 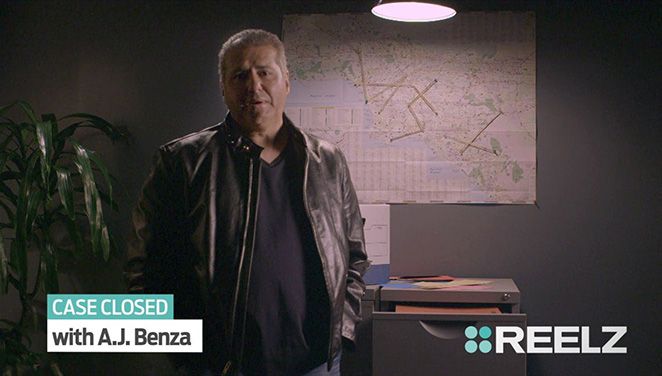 The program explores mysteries and tragedies related to celebrities and their lives, some more current, some from the past. The first season of Case Closed will feature Benza`s examination of the deaths of Brittany Murphy, Tupac, Biggie, Princess Diana and Hogan`s Heroes` Bob Crane, among others. The circumstances surrounding each tragedy are considered, some perplexing, some contradictory. First-person accounts of eyewitnesses, interviews with family members and experts in relevant fields, various theories related to each of the stories, both old and previously unexplored evidence in the cases – each episode provides a well-rounded account of celebrity tragedies.

The host and series` renewal potential

There seems to be an infinite market for celebrity stories of all kind – but tragedies are, of course, the most vivid, provocative and attractive to the public. Whether or not this particular program is bound for renewal is still hard to tell, but AJ Benza is the ultimate Hollywood insider, and if anyone is capable of uncovering celebrity-related secrets, it is him, so we think that Case Closed with AJ Benza might very well see a second season, Stay tuned and we`ll be sure to keep you informed of the series` future.

Subscribe to receive news and updates when a show is renewed or canceled. You will receive an automatic email when theCase Closed with AJ Benza season 2 Episode 1 release date is officially announced.

Share this with friends:
ReleaseDate.show » Release » Reelz is yet to renew Case Closed with AJ Benza for season 2
Related Serial
When Will