This article has the most up-to-date info on the status of Containment season 2 as we continuously monitor the news to keep you in the know. Unfortunately, The CW has officially canceled the series. There will be no season 2. 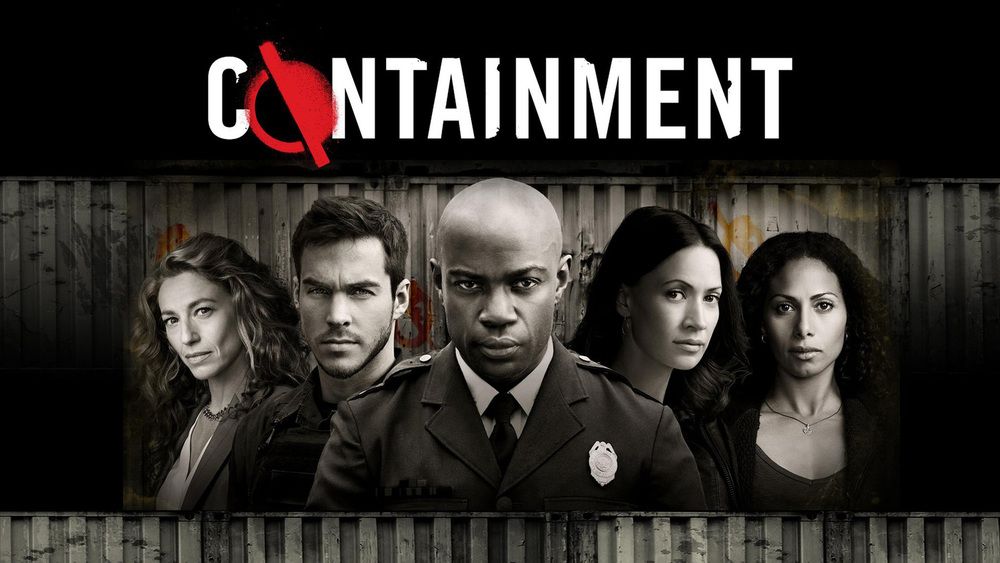 Containment is a US drama miniseries adapted from Carl Joos` Cordon, a Belgian TV series. The series premiered on The CW on April 19, 2016. It is executive produced by Julie Plec and David Nutter and produced by My So-Called Company and Warner Bros. Television.

A disaster movie centered around an epidemic involving a quickly spreading deadly virus in the midst of Atlanta, a quarantine imposed on a part of the city, loved ones separated on different sides of the fence – the formulaic plot elements are all there, but the show is mostly engaging and diverting nonetheless. Lex Carnahan (David Gyasi), a police officer, is the face of the urban quarantine, working to keep the situation under control, while his girlfriend Jana (Christina Moses) and his best buddy Jake Riley (Chris Wood) are inside the part of the city which is cordoned off by the military.

The series has premiered to an audience of 1.67 million viewers, with a 0.2 demo rating and a share of 2, adjusting down to 1.56 million viewers for the second episode, but holding its position in the rating and share numbers. Containment has garnered mixed reviews so far, but there seem to be enough fans compelled by the show. The review aggregator websites are not unanimous in their scores – the show garnered a score of 53% on Rotten Tomatoes, 48/100 on Metacritic, and a significantly higher 7.3/10 on IMDb. In early March 2016 The CW network has made a decisive announcement, renewing all of its ongoing scripted series for the next television season – except Containment, which has not premiered yet at that point. As of now, we think that there is a very likely renewal decision coming for Containment in the near future.

The 13-episode freshman season of The CW`s Containment has concluded on July 19, 2016. The season finale also serves as a series finale, as the show has been canceled in the middle of the freshman season broadcast. The reasons for the cancelation were not immediately apparent, because the ratings, at least at the time of cancelation, were reasonable, and on par with other The CW shows which earned a renewal. The series premiered to 1.67 million viewers, and eventually declined to 0.85 million for the season finale. The demo rating fell from 0.52 to 0.3. The series finale featured Jana`s reunion with Lex, Lommers` lies exposed, and Dr. Cannerts finding a person with antibodies, which gave solid hope for a cure. Meanwhile, Teresa and Xander get engaged, while Jake spreads Katie`s ashes and promises to honor her memory. Farewell, Containment, and thanks for the properly satisfying ending.

UPDATED May 13, 2016: The CW`s drama that portrays an epidemic outbreak in Atlanta, Containment, will not see another season, having been canceled along with many other unlucky shows. The series has averages a healthy 1.5 million viewers and a solid 0.5 rating in the adults 18-49 demo, and is not even half-way into the freshman season. The reasons for the cancelation are not immediately obvious, but perhaps the network just couldn`t leave well enough alone.

Share this with friends:
ReleaseDate.show » Release » The CW officially canceled Containment season 2
Related Serial
When Will

This article has the most up-to-date info on the status of Feed the Beast season 2 as we continuously monitor the news to keep you in the know. Unfortunately, AMC has officially canceled the series. There will be no season 2.Show info and storylineA…

This article has the most up-to-date info on the status of Roadies season 2 as we continuously monitor the news to keep you in the know. Unfortunately, Showtime has officially canceled the series. There will be no season 2.Series info and…