The release date for The Carmichael Show season 3 — Pending

This article has the most up-to-date info on the status of The Carmichael Show season 3 as we continuously monitor the news to keep you in the know. NBC has officially renewed the series for another season. To get notified of the premiere date – subscribe for updates below. 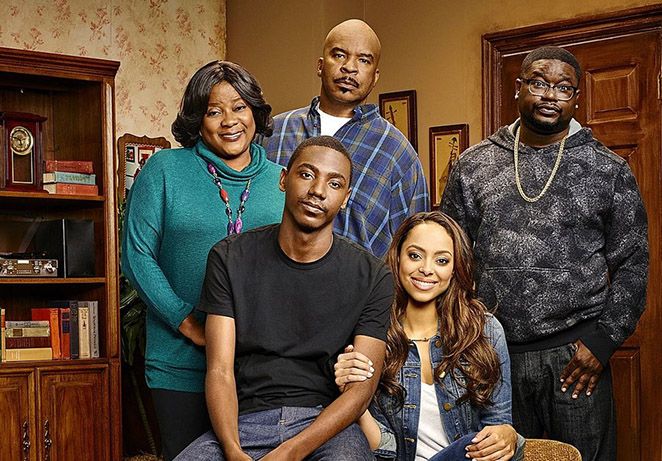 The Carmichael Show is an American sitcom television series airing on NBC since August 26, 2015. The second season premiered on March 9, 2016 with The Voice as a lead in, and then settled into a Sunday night time slot on March 13. The show is created by Jerrod Carmichael, Ari Katcher, Willie Hunter and Nicholas Stoller, written by Carmichael and executive produced by Carmichael, Stoller, Ravi Nandan and Danielle Sanchez-Witzel. The series is the result of a collaborative effort from Morningside Entertainment, A24 Films, Stoller Global Solutions, Lunch Bag Snail Productions, Universal Television and 20th Century Fox Television. The show is filmed in front of a live audience and portrays a fictionalized version of Jerrod Carmichael, his life as a stand-up comedian and his family.

The Carmichael Show has a 7.2/10 IMDb score, and has been mostly positively received by the critics and the viewers. Don`t let the typical sitcom format fool you – the show`s not just about the common and relatable family troubles, it also offers a very poignant and sensitive exploration of African American life in the South and of the current socially relevant issues like the Black Lives Matter movement or islamophobia.

The first season contained 6 episodes and premiered to 4.83 million viewers, losing about a million viewers by the season finale, while the second season debuted to an audience of 4.09 million viewers. Review aggregator websites have granted the show generally favorable reviews. On May 15, 2016 The Carmichael Show was renewed for a third season, set to contain 13 episodes. Stay tuned for release date information.

The 13-episode second season of the popular US sitcom The Carmichael Show has ended on May 29, 2016 on NBC. The series finale has aired to an audience of 2.25 million viewers, which is a significant decrease compared to the impressive premiere viewership of 4.09 million viewers. The concluding episode is involved heavily with the current election campaign, as the figure of Donald Trump divides Joe and Maxine, and other family members discuss their electoral preferences. The political slant of the episode does not, however, prevent Maxine and Jerrod from getting engaged. In mid-May The Carmichael Show has been renewed for one further season, slated to also contain 13 episodes. No release date has been set yet for the third season premiere, so please stay tuned and we ill be sure to keep you informed.

Share this with friends:
ReleaseDate.show » Release » NBC has officially renewed The Carmichael Show for season 3
Related Serial
When Will