The release date for Below Deck Mediterranean season 2 — Pending

This article has the most up-to-date info on the status of Below Deck Mediterranean season 2 as we continuously monitor the news to keep you in the know. Bravo is yet to make a decision on its future. Subscribe to our automatic updates below. 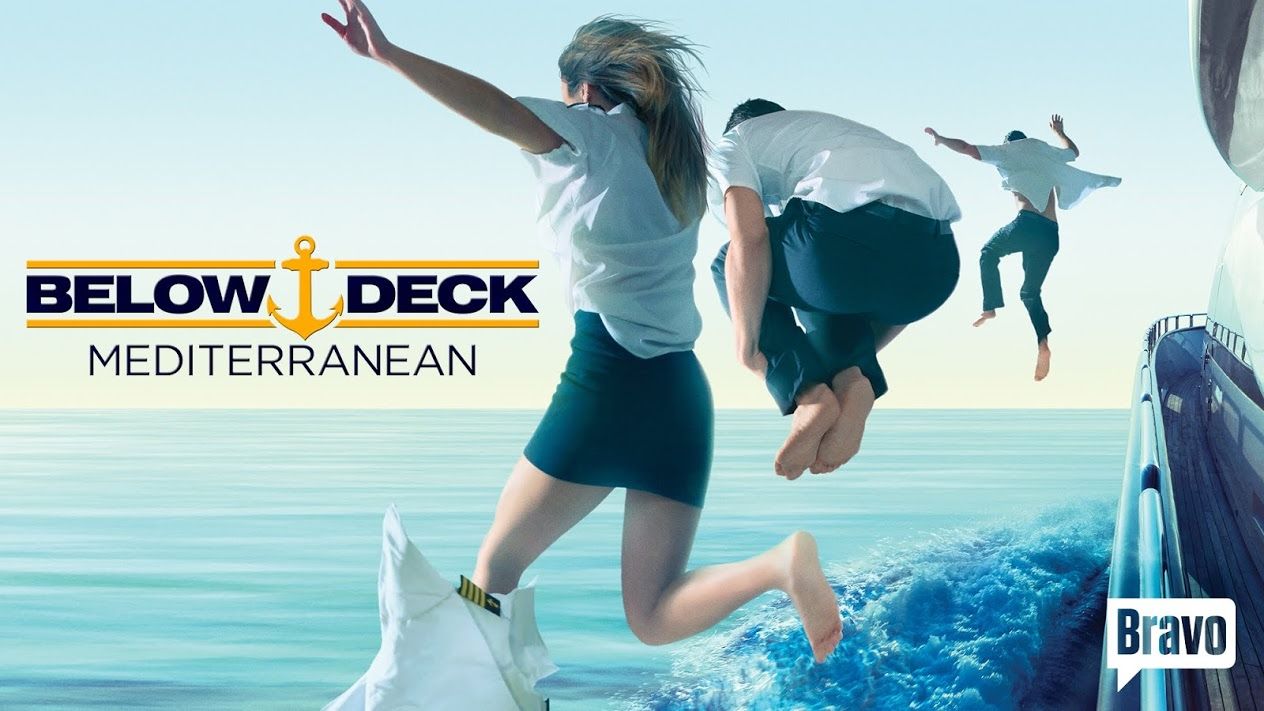 A new American reality series, Below Deck Mediterranean, is a spinoff of Below Deck, another Bravo production. It has premiered on Bravo on May 3, 2016. Mark Cronin, Courtand Cox and Nadine Rajabi serve as executive producers for the series, and 51 Minds Entertainment is behind the production of the program.

The series follows the lives of crew members who live and work aboard a luxury 150-foot mega-yacht during the charter season in Greece, sailing around Santorini, Mykonos and other lovely Greek islands. The highly professional and fun-loving crew is comprised of experienced captain Mark Howard, chef Ben Robinson, first mate Bryan Kattenburg, three stewardesses and three deckhands. But of course, it`s not all work, there`s lots of play with partying, romance and drama all there for the viewers to enjoy. Their wealthy guests require the most exclusive treatment, and there`s never a dull moment in either work hours or down time.

The series premiered to 1.039 million US viewers and a 0.4 rating in the 18-49 demographic. The second episode attracted an audience of 713,000 viewers and garnered a 0.2 demo rating. The show has a 6/10 score on IMDb, which is very reasonable for a reality show. Whether or not the eye candy and the entertainment that Below Deck Mediterranean provides will gather enough audience support to warrant another season remains to be seen, but for now the series is enjoying a certain degree of popularity. Stay tuned, and we`ll keep you informed of the program`s fate.

The first season of Bravo`s romantic reality series Below Deck Mediterranean went out with a bang on July 26, 2016 on Bravo. The final one of the twelve episodes has attracted an impressive audience of 1.3 million viewers and scored a 0.58 demo rating, topping the season premiere viewership by almost 0.3 million viewers. There was no lack of drama in the final episode, which featured the crew out celebrating the end of the charter season. Not your average formal night out, there`s serious drinking involved, with Bobby coming unhinged (and profusely apologizing the next day), Jen standing up to him, and Hannah attempting to throw herself at Ben, only to find him making out with Tiffany later on that night. There are plenty of other incidents, and the crew parts ways with a range of feelings for each other. Below Deck Mediterranean has not yet been renewed for a second season by Bravo, but considering its popularity, and the solid fan base of its sister series Below Deck we would assume that a renewal announcement is on its way.

Subscribe to receive news and updates when a show is renewed or canceled. You will receive an automatic email when theBelow Deck Mediterranean season 2 Episode 1 release date is officially announced.

Share this with friends:
ReleaseDate.show » Release » Bravo is yet to renew Below Deck Mediterranean for season 2
Related Serial
When Will