The release date for Iron and Fire season 2 — Pending

This article has the most up-to-date info on the status of Iron and Fire season 2 as we continuously monitor the news to keep you in the know. History Channel is yet to make a decision on its future. Subscribe to our automatic updates below. 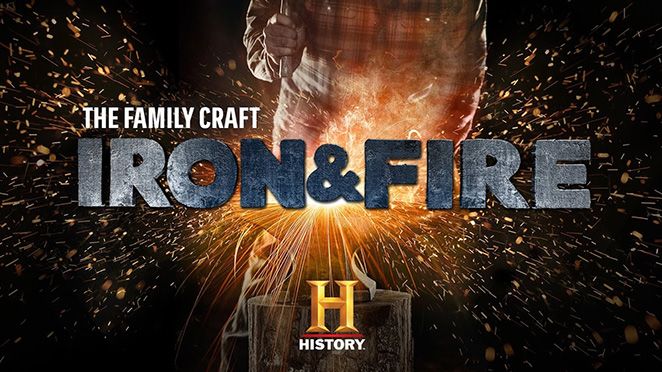 Iron and Fire is an American reality television series that premiered on April 11, 2016 on History. The program is directed by Russell MacCarroll.

The program features Daniel Casey, hailed as one of the most skilled blacksmiths in America along with his family and friends. His Romance, Arkansas business produces museum quality historic weapons. Casey and his bearded crew are famed for their amazing skills as well as the wild lifestyle that they lead. Besides Daniel Casey, the men portrayed on the show are Charlie Casey, Jonathan Kulik, Joe Casey and Bob Thatcher. Daniel Casey has begun making knives at the age of 12, and built his flawless workmanship up from there.

Daniel`s younger brother Charlie is a restless spirit, who`s returned home and is now learning the trade. Ex-paratrooper Jonathan is Daniel`s nephew who loves woodworking and shapes the knife handles and rifle stocks of the weapons made in their shop. Patriarch of the family, Joe is also an ex-military man, and oversees everything, including the weekly family picnics. Bob is a self-professed Renaissance man assisting Daniel in obtaining materials, or whatever else the crew might need. They work hard, and in the end of the day it`s clear that the men enjoy making the weapons as much as testing them out.

The series has raised a lot of questions on the bladesmiths` forums, where professionals are citing claims from the show that they consider erroneous and are wondering whether Casey and his crew are the top-notch professionals that they are made out to be. There has been no word on whether Iron & Fire will be renewed for a second season, so stay tuned and we will keep you informed.

Subscribe to receive news and updates when a show is renewed or canceled. You will receive an automatic email when theIron and Fire season 2 Episode 1 release date is officially announced.

Share this with friends:
ReleaseDate.show » Release » History Channel is yet to renew Iron and Fire for season 2
Related Serial
When Will