The release date for Have You Been Paying Attention? season 5 — Pending

This article has the most up-to-date info on the status of Have You Been Paying Attention? season 5 as we continuously monitor the news to keep you in the know. Network Ten is yet to make a decision on its future. Subscribe to our automatic updates below. 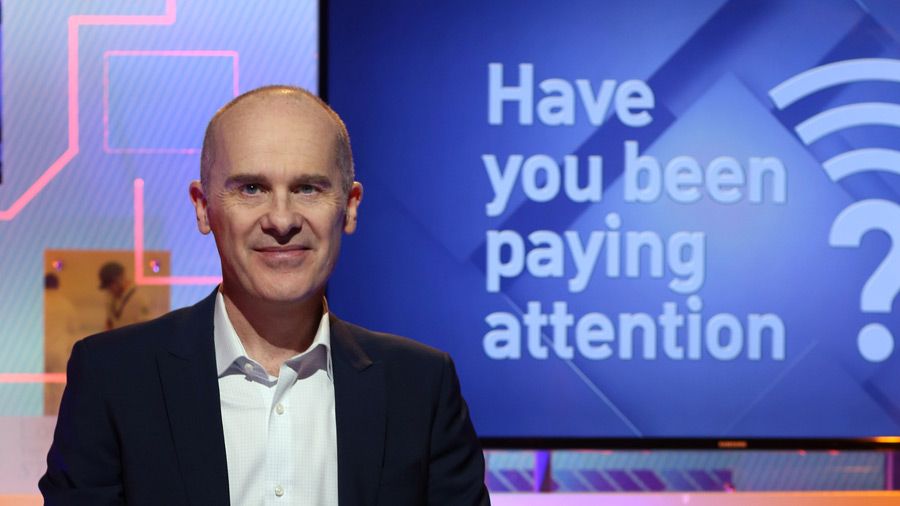 An Australian topical quiz, comedy and current events show, Have You Been Paying Attention? has been on the air since 2013. The game show is presented by Tom Gleisner, executive produced by Gleisner, Santo Cilauro, Michael Hirsh and Rob Sitch and produced by Working Dog Productions. It is currently in its fourth season, which has premiered on May 9, 2016. The episode length has increased from 30 to 60 minutes in 2014, and remains the same to date.

Permanent panelists Sam Pang and Ed Kavalee along with several guests contend to find out who remembers the most relevant information about the current events that occurred during the week.

The show has an 8.4/10 IMDb rating and has been nominated for a Logie Award for Outstanding Light Entertainment Program. In the beginning of its run Have You Been Paying Attention? was scoring ratings that made the show`s future look truly dismal. It took a lot of scheduling changes and a major format overhaul to lead it to the success that it is now enjoying. The lowest that the series has ever hit was 168,000 viewers for an episode in its second season, but following serious restructuring it is now topping 700,000 viewers with MasterChef Australia as a lead-in. A show like this can go on for years, the host and exec producer of the series Tom Gleisner is convinced. Even though Network Ten has not yet confirmed the renewal of Have You Been Paying Attention? for a fifth season, it is most definitely a very viable option. Stay tuned for network announcements.

Subscribe to receive news and updates when a show is renewed or canceled. You will receive an automatic email when theHave You Been Paying Attention? season 5 Episode 1 release date is officially announced.

Share this with friends:
ReleaseDate.show » Release » Network Ten is yet to renew Have You Been Paying Attention? for season 5
Related Serial
When Will

Network Ten officially renewed Have You Been Paying Attention? for season 5 to premiere in 2017

The release date for The Victorian Slum series 2 — PendingThis article has the most up-to-date info on the status of The Victorian Slum Series 2 as we continuously monitor the news to keep you in the know. BBC Two is yet to make a decision on its…