This article has the most up-to-date info on the status of Scorpion season 3 as we continuously monitor the news to keep you in the know. CBS has scheduled the premiere date for a new season for October 02, 2016. 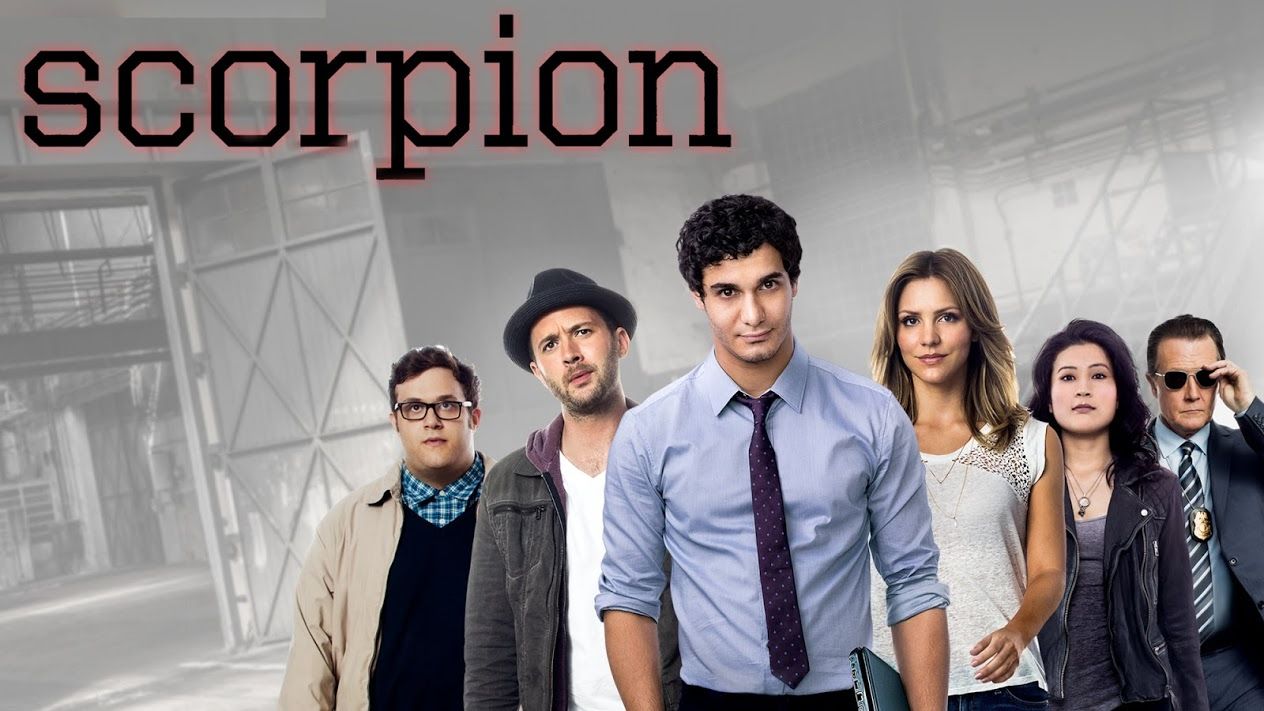 Scorpion is a new American action and crime drama TV series that centers on a computer genius and his team of equally smart misfits as they protect the US against various high-tech security threats. Developed by Nick Santora, and produced by CBS Television Studios, season 1 of the series premiered on CBS on September 22, 2014.

Walter O’Brien (played by Elyes Gabel) is genius with 197 IQ who is recruited by a federal agent named Cabe Gallo (played by Robert Patrick) of the U.S. Department of Homeland Security to an elite group called Scorpion. O’Brien and his team members are considered the most intelligent people in the world and are the last line of defense against complex, high-tech threats to global security. The series also stars O’Brien’s friends Sylvester Dodd (played by Ari Stidham), aka “human calculator”, mechanical prodigy Happy Quinn (played by Jadyn Wong), world class shrink Toby Curtis (played by Eddie Kaye Thomas), and Paige Dineen (played by Katharine McPhee), a former waitress whose intuitive interaction with people translates the real world to the team.

Season 2 premiered on September 21, 2015 and is already boasting an impressive average of nearly 11 million viewers per episode. With ratings this high, viewers will likely see Scorpion return for season 3 sometime next year. Fans will have to stay tuned to find out the details once more information becomes available from the network. Thus far CBS has made no statements regarding a potential renewal.

A 24-part sophomore season of the CBS network’s highly-rated TV show Scorpion bowed out in the US on Monday, April 25, 2016. With an early renewal that was announced in March the producing team didn’t worry much about the ratings, but the second chapter of the hit series has still managed to impress with an average viewership of almost 10 million fans per episode. To the delight of the fans, the finale turned out to be very romantic. Not everything went according to plan, and Toby’s heart got broken when his proposal to Happy went terribly wrong, but viewers were finally relieved to hear Walter confessing to Toby his love for Paige and finally doing something about it. Whether his plan works out, we will have to wait until new episodes hit the small screen, as the creative team has wrapped up the current season, as expected, with a cliffhanger.

UPDATED December 22, 2015: The first installment of the CBS’s crime drama series Scorpion concluded airing on December 14th before going on a holiday hiatus. The remaining episodes of the current second season are expected to be back on the air on January 4, 2016. The network is yet to decide on the future of the show, but everyone is already expecting a renewal announcement, considering that the series is averaging around 10 million viewers in its current run.

UPDATED March 26, 2016: Early bulk renewals seem to be in vogue this spring. Following the example set by ABC and The CW, the CBS network yesterday revealed that it has greenlit almost a dozen of its currently running shows. The sophomore crime and action drama Scorpion, which still has several episodes left in its current installment, has been officially picked up for a third season. The drama series has already garnered approval from critics by having secured a few award nominations and it currently holds an average score of 7.2 out of 10 on IMDb. The viewer ratings definitely reflect such favorable reviews, as the show is raking in almost 10 million viewers per episode. No details yet as to the cast changes or possible premiere date, so stay tuned.

UPDATED June 22, 2016: On June 21, 2016 CBS has revealed its fall programming schedule, including the premiere date for the third season of popular criminal drama Scorpion. The show will kick off with a bang on Monday, October 3, 2016 at 9pm when its oversized 2-hour season premiere episode goes on air. The Big Bang Theory and freshman comedy Kevin Can Wait will lead in to the premiere, and provide the necessary warm-up. The following week the series will settle into its regular slot at 10m on Monday nights. The romantic second season finale left some opportunities open, and fans would be happy to see them developed in the upcoming season. Sign up for our automatic updates and receive a reminder one day before the season three premiere of Scorpion.