This article has the most up-to-date info on the status of OutDaughtered season 2 as we continuously monitor the news to keep you in the know. TLC has officially renewed the series for another season expected to debut in November 2016. To get notified of the exact premiere date – subscribe for updates below. 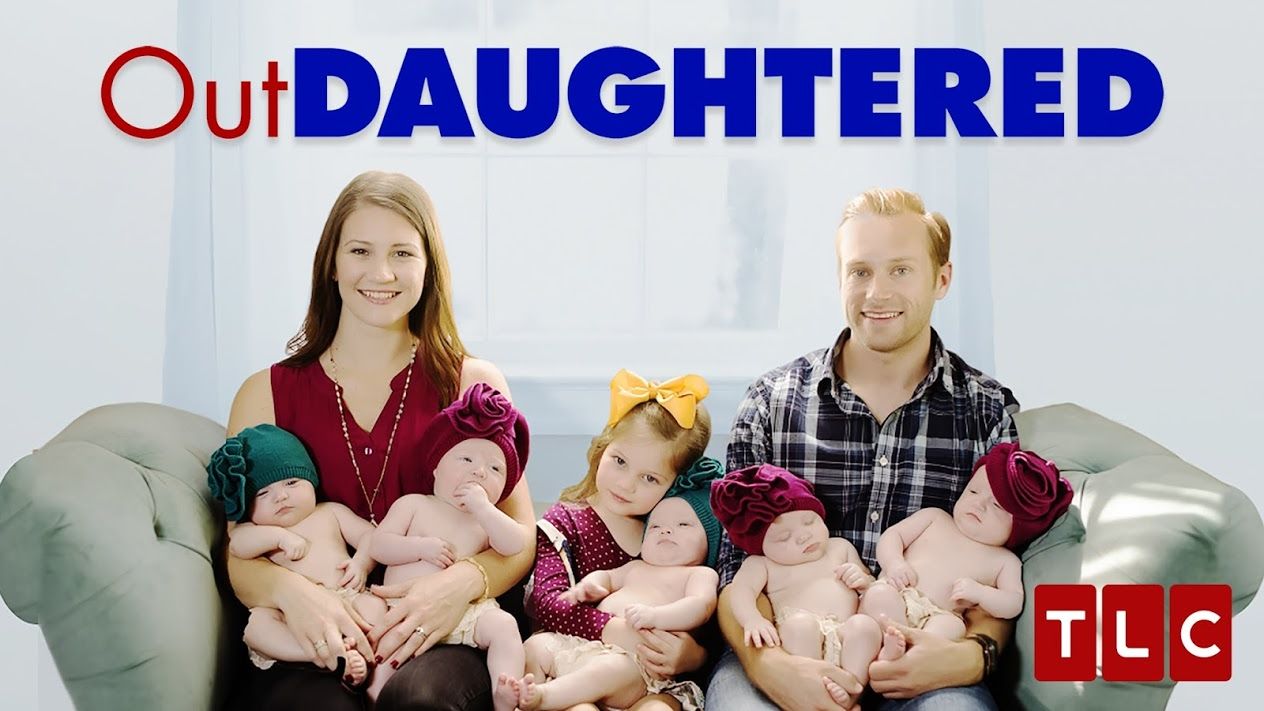 A new family reality show on TLC, OutDaughtered, premiered on May 10, 2016. Boardwalk Entertainment Group is behind the production, and centers on the daunting task of raising a big family.

Texans Danielle and Adam Busbys have been blessed with a daughter, Blayke, and when she turned four – with five more daughters – Olivia Marie, Ava Lane, Hazel Grace, Parker Kate and Riley Page. The first ever all-female set of quintuplets is a part of the Busby family, and TLC is right there to document their life and share some of it with its audience. The family is navigating a life that is hard to imagine even to those of us with children. Every mundane step becomes a feat, and a trip to see family down the road is close to impossible. However, with love, patience, and help from Danielle`s mom Michelle and twin sisters Ashley and Crystal this chaotic journey becomes somewhat organized.

The series premiere was seen by an audience of 1.249 million viewers and garnered a 0.3 demo rating, while the following episode slid to 1.067 million viewers and a 0.2 rating. Will the Busbys manage to take over the place in the viewers`s hearts that was just recently occupied by the Duggars? There`s definitely enough charm radiating from the half-dozen girls on screen, but the series` future is difficult to predict at this point. Stay tuned, and we will inform you of the network`s decision on either a renewal or a cancelation of OutDaughtered.

UPDATED August 9, 2016: The audience took very warmly to the six-daughter Busby family, and TLC has decided to renew the reality series Outdaughtered for a second season of pure sweetness. The concept is nothing out of the ordinary – except that raising a set of baby quintuplets is out of the ordinary to begin with. The series is currently in production, and Busbys are set to return to the small screen in November 2016, exact release date TBA. Stay tuned and don’t miss the second season premiere of Outdaughtered!

Share this with friends:
ReleaseDate.show » Release » TLC officially renewed OutDaughtered for season 2 to premiere in November 2016
Related Serial
When Will