The release date for Hack My Life Season 3 — Pending

This article has the most up-to-date info on the status of Hack My Life Season 3 as we continuously monitor the news to keep you in the know. truTV has officially renewed the series for another season expected to debut in fall 2016. To get notified of the exact premiere date – subscribe for updates below. 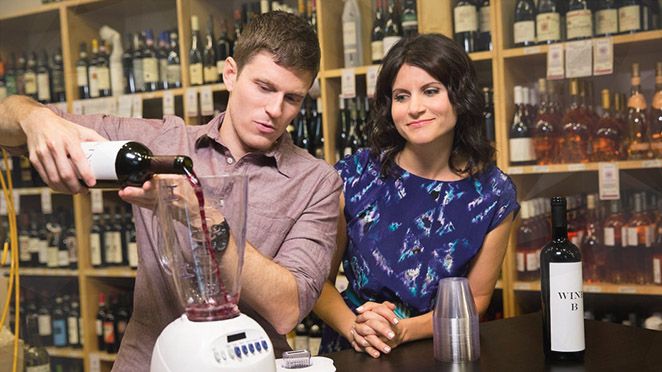 Hack My Life is an American lifestyle and DIY television series that explores practical life hacks that can save time and money. Hosted by Kevin Periera (Attach of the Show!) and Brooke van Poppelen, the show began airing on truTV on January 6, 2015.

Hack My Life provides viewers with endless supply of useful hacks with a comedic twist. In season 1, viewers found out how to substitute a bag of potato chips for charcoal in a BBQ pit, or a DIY air-conditioner using a styrofoam cooler, battery operated fan, and ice cubes.

In season 2, which premiered on August 18, 2015, Hack My Life producers teamed up with notable mici-blogging site, Tumblr and invited fans to submit their best life hacks to be considered for the show. Each half-hour episode features funny hacks and concludes with Brooke and Kevin testing solutions posted by viewers on the Tumblr page. In the season premiere viewers saw an attempt to cook lasagna in a dishwasher and a lesson from a ‘Hack Master’ on using power tools to make breakfast.

Will viewers continue to demand DIY solutions and solidify a place on truTV for Hack My Life season 3? It’s too early to tell where this series will go. With the quick release of a 10 episode second season and endless reservoir of hacks submitted by viewers, the network certain has more than enough material. If picked up, we can expect to see Hack My Life season 3 sometime in early 2016.

Updated November 25, 2015: It was recently announced in a statement from the TruTV channel that Hack My Life, the DIY show with a sprinkle of humour, will stay on the air for the fourth season. The ten new episodes feature the co-hosts Kevin Pereira and Brooke Van Poppelen and will be filled with unexpected tricks to help you save time and money or just turn mundane affairs into a load of fun. The show is set to come out at some point in 2016. Don`t let the next season premiere be lost on you – subscribe to our notifications and receive an automatic e-mail with the premiere date information as soon as it is announced.

UPDATED February 19, 2016: Back in November, the truTV channel made a decision to extend the 10-episode second cycle of the practical TV series Hack My Life and ordered additional 10 episodes. A second installment of the highly-rated program is expected to be back on the small screen on Tuesday, March 29, 2016, so mark your calendars.

UPDATED May 11, 2016: The news is out – there will indeed be a third season of the fun and insightful series Hack My Life. The series was renewed by truTV for 12 half-hour episodes to premiere in the fall of 2016. Amazing and useful life hacks with a side of comedy will continue to be served by co-hosts Kevin Pereira and Brooke Van Poppelen. Sign up for our automatic updates, and you won`t miss the premiere of the third season of Hack My Life.

Share this with friends:
ReleaseDate.show » Release » truTV officially renewed Hack My Life for Season 3 to premiere in fall 2016
Related Serial
When Will

truTV is yet to renew Hardcore Pawn for season 10

truTV is yet to renew 10 Things for season 2

The release date for 10 Things season 2 — PendingThis article has the most up-to-date info on the status of 10 Things season 2 as we continuously monitor the news to keep you in the know. truTV is yet to make a decision on its future. Subscribe to…