This article has the most up-to-date info on the status of Hibana (Spark) season 2 as we continuously monitor the news to keep you in the know. Netflix is yet to make a decision on its future. Subscribe to our automatic updates below. 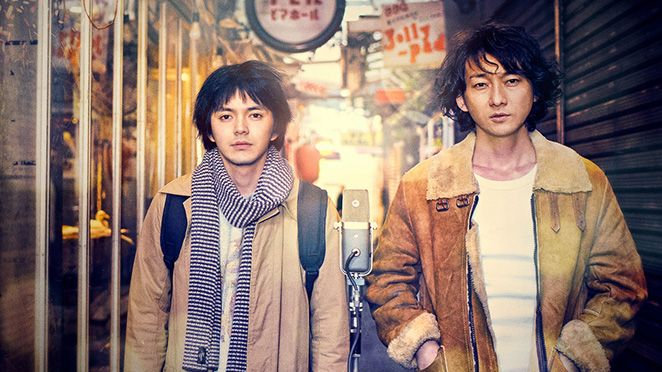 Netflix continues on with it now massive global expansion. A few more international projects are currently in production in Great Britain, Germany and Brazil, and the internet television company has just released its first-ever Japanese television series. Titled Hibana (“Spark” in English), the new series is done in Japanese with English subtitles for international viewers. It was made available on Netflix globally on June 2, 2016.

Hibana is a semi-biographical story of a comedian named Tokunaga, who wants to become an apprentice to a seasoned and very popular comedian Kamiyo. The new Japanese drama TV series is based on the best-selling novel penned by Naoki Matayoshi. The book is based on the personal experiences of the author, who is a successful comedian in his own right, and in 2015 the novel was awarded the Akutagawa Prize, and immediately became an international bestseller. It allows readers to take a look behind the scenes of the intricate world of comedy. Spark stars Kento Hayashi, Kazuki Namioka, Mugi Kadowaki, Masao Yoshii, Hideaki Murata and others.

Debut season and hopes for renewal

A 10-episode season 1 of Hibana (Spark) was made available online in its entirety to the Netflix subscribers around the world on June 2, 2016. Ambitious comedian Tokunaga was only twenty years of age when he met the star comedian Kamiyama, who was four years older. Tokunaga was immediately blown away by the talent of his more seasoned colleague and the freedom and ease of his stage presence. Since the first time Kamiyama performed on stage, he became the only teacher for Tokunaga, a role model and inspiration. The first reviews from viewers around the globe have been very positive so far. This new Netflix original from Japan gives international audiences a great opportunity to get acquainted with contemporary Japanese culture and so, hopefully, the Asian route of the online streaming giant only continues to expand from now on. Sign up for our updates and we will drop you an email notification when the fate of Hibana (Spark) season 2 is announced.

Subscribe to receive news and updates when a show is renewed or canceled. You will receive an automatic email when theHibana (Spark) season 2 Episode 1 release date is officially announced.

Share this with friends:
ReleaseDate.show » Release » Netflix is yet to renew Hibana (Spark) for season 2
Related Serial
When Will