This article has the most up-to-date info on the status of Hotel Hell season 4 as we continuously monitor the news to keep you in the know. FOX is yet to make a decision on its future. Subscribe to our automatic updates below. 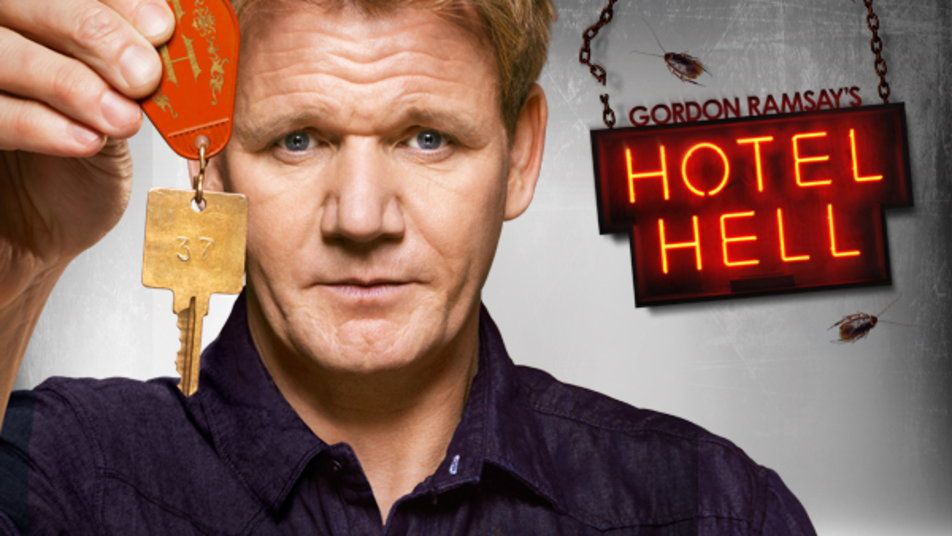 Gordon Ramsay`s fourth program in collaboration with Fox after Hell`s Kitchen, Kitchen Nightmares and Masterchef US, Hotel Hell is a reality series airing since 2012. The show is executive produced by Ramsay, Adeline Ramage Rooney, Ben Adler, and Patricia Llewellyn, and produced by One Potato Two Potato. The third season has hit the small screen on May 24, 2016.

The concept of the show is typical for Gordon Ramsay`s projects, with formulaic structure. Gordon arrives at a struggling hotel, tears it apart at first and then offers some advice as to how the owners may reverse the misfortunes that are plaguing their business. He has over a decade of experience of running top restaurants in luxury hotels, so if anyone has an idea of how this should be done, it`s Ramsay. There has, however, been some criticism of the emphasis that Ramsay places on the restaurant as a part of overall hotel quality and the fact that he is not exactly a hospitality industry expert although he acts like one.

The show has a 6.9/10 IMDb score. Most reviewers note that whether or not you like the show depends solely on how you feel about Ramsay, his explosive and somewhat overbearing personality and his style. The series had a great original premiere at 5.12 million viewers, but the third season premiere episode delivered viewership less than half of that number with 2.4 million. No announcements regarding Hotel Hell`s future have been made yet, so please stay tuned and we will make sure that you don`t miss any important news.

The third season of indefatigable Gorgon Ramsay`s Hotel Hell has concluded on July 26, 2016. The season consisted of 8 episodes, and the season finale has aired with unremarkable viewership of 2.49 million, below the average for the season as a whole. The last episode focused on fixing the business at the Landoll`s Mohican Hotel in Loudonville, Ohio. The hotel has opened its doors in 2002, and the owner has been working incredibly hard to keep it alive. Unfortunately, a fire in 2008 has significantly damaged the venue. Ramsay suggested that the son of the owner, James, take the reins from his mother, and proposed a blueprint for recovery. It included a second restaurant and a banquet center added in, and by the end of the episode Ramsay helped organize a fairytale wedding event at the Landoll`s. Although still reasonably popular, Hotel Hell has been losing about a million viewers per episode from season to season, and it`s not yet clear whether a ratings decline of this scale will influence Fox`s decision on the future of the series. Stay tuned for relevant news.

Subscribe to receive news and updates when a show is renewed or canceled. You will receive an automatic email when theHotel Hell season 4 Episode 1 release date is officially announced.

Share this with friends:
ReleaseDate.show » Release » FOX is yet to renew Hotel Hell for season 4
Related Serial
When Will

Animal Planet is yet to renew Tanked for Season 8

The release date for Tanked Season 8 — PendingThis article has the most up-to-date info on the status of Tanked Season 8 as we continuously monitor the news to keep you in the know. Animal Planet is yet to make a decision on its future. Subscribe to…