This article has the most up-to-date info on the status of Rocky Mountain Law Season 2 as we continuously monitor the news to keep you in the know. National Geographic is yet to make a decision on its future. Subscribe to our automatic updates below. 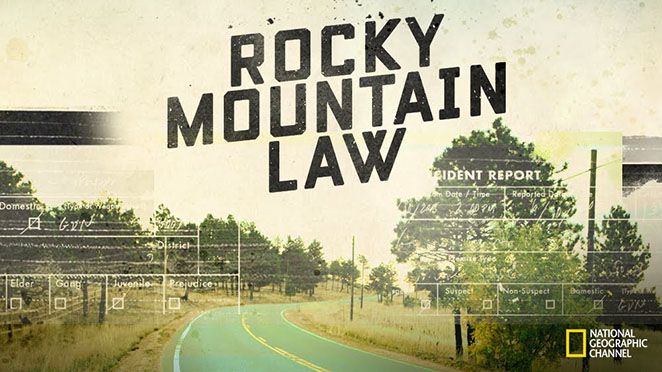 The one-hour real life drama chronicles Sheriff Deputies as they fight crime in America’s most rugged terrain — the Rocky Mountains. Filmed throughout Colorado state, including the counties of Boulder, Eagle and Grand, the series documents intense manhunts as authorities attempt to solve complex murders and drug running mysteries.

In season 1 of the series titled “Hilltop Homocide” the police investigate a resident who shoots and kills a man he believes to be a masked, armed intruder. The victim turns out to be a friend and with just two witnesses at the scene, and one of them dead, investigators must determine whether the perpetrator is telling the truth — and whether the killing was actually in self-defense. In episode two, deputies discover skeletal remains of a man near the summit of a mountain in Eagle County. The Rocky Mountain mystery evolves as detectives, coroners and forensic pathologists work to identify the victim, and how and why he died.

In the season finale of Rocky Mountain Law, which aired on August 26, 2015, officers face everything from domestic disputes, to knife threats and vehicle collisions. The final episode — appropriately titled “Midnight Mountain Madness” reveals that while the Rocky Mountains are brilliant by day, at nightfall its sinister side becomes much more evident. There has been no formal announcements by the National Geographic Channel regarding a possible comeback of Rocky Mountain Law for a second season.

Subscribe to receive news and updates when a show is renewed or canceled. You will receive an automatic email when theRocky Mountain Law Season 2 Episode 1 release date is officially announced.

Share this with friends:
ReleaseDate.show » Release » National Geographic is yet to renew Rocky Mountain Law for Season 2
Related Serial
When Will