This article has the most up-to-date info on the status of Black Jesus Season 3 as we continuously monitor the news to keep you in the know. Adult Swim has officially renewed the series for another season expected to debut in fall 2016. To get notified of the exact premiere date – subscribe for updates below. 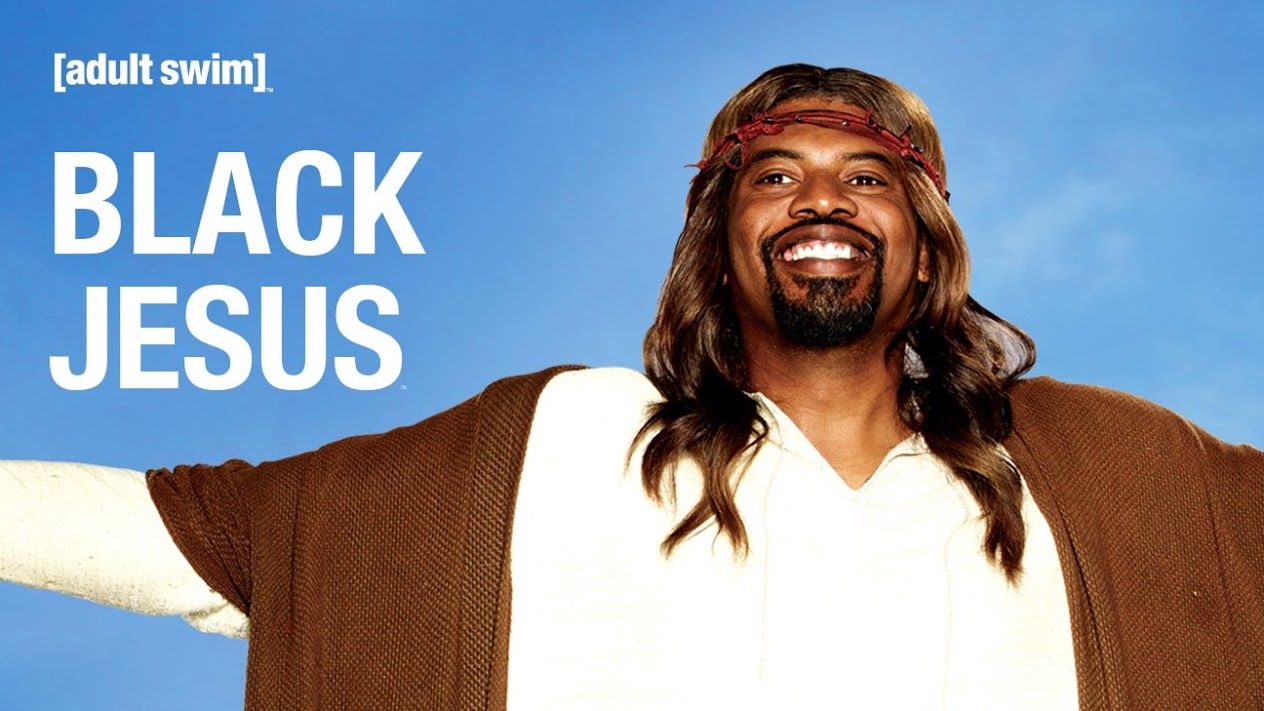 Black Jesus is an American comedy and live-action TV series that documents the life of Jesus on a mission to spread love and kindness in present day Compton, California. Created by Aaron McGruder and Mike Clattenburg, the series first aired on Adult Swim on August 7, 2014.

Set in modern times, Black Jesus stars Gerald “Slink” Johnson as Jesus Christ, an outspoken black man who gives the secrets to Steve Jobs’ success, turns water into Hennessy, heads to the night club, among other adventures. Season one episodes included “Gangsta’s Paradise” in which Jesus decides to reunite with his friends from the ‘hood’, and “WTFWBJD” that has Jesus on the run from authorities.

Season 2 of Black Jesus premiered on August 7, 2015 with fresh episodes on Adult Swim. The cable network shares its channel space with Cartoon Network, taking over the airwaves for adult-oriented fun. And seems like viewers can’t get enough of its programming.

Black Jesus has been praised by the Los Angles Times, Variety, The Washington Post and other notable publications, and has consistently averaged nearly 1.2 million viewers per episode. Topping off at nearly 1.3 million viewers for their most successful second season episode, titled “Tasty Tudi’s” in which Fish seduces a city worker into a no limi EBT card. With raving reviews and steady ratings, Adult Swim is fairly likely to renew Black Jesus for season 3. If the network does pick up the show, viewers will likely see a comeback late next summer.

UPDATED May 14, 2016: The Adult Swim network has unveiled its new programming slate a few days before its official Turner Upfront 2016 presentation set to be held in the Big Apple of May 18th. The Time Warner-owned cable channel targets millennials and for almost ten years now has been the #1 cable network in that demographic group. The network’s hit comedy series Black Jesus has been officially renewed for another round. A second installment of the show wrapped up last November. The ratings have been stable and the series has received a very positive feedback from viewers and critics. Sign up for our updates and we will notify you via email when the release date of Black Jesus season 3 is announced.

Share this with friends:
ReleaseDate.show » Release » Adult Swim officially renewed Black Jesus for Season 3 to premiere in fall 2016
Related Serial
When Will