This article has the most up-to-date info on the status of NCIS Season 14 as we continuously monitor the news to keep you in the know. CBS has scheduled the premiere date for a new season for September 20, 2016. 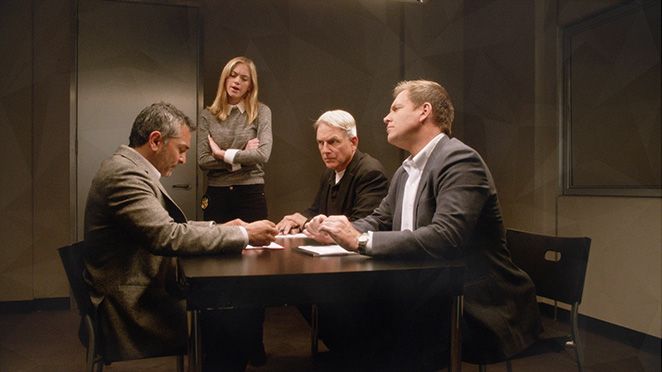 Based in Washington D.C., the Major Case Response Team at NCIS conducts criminal investigations that involve the U.S. Navy and Marine Corps. It is the primary law enforcement unit of the U.S. Department of the Navy and, thus, investigates all major criminal offenses that are punishable under the Uniform Code of the Military Justice. Bomb situations, terrorist threats, kidnappings and murders of the military personnel – anything serious that happens within the Navy or Marine Corps is up to the MCRT, led by Special Agent Leroy Jethro Gibbs, to solve.

Season 13 premieres with Gibbs fighting for his life aboard a Navy hospital ship after being shot, while DiNozzo and Joanna go to Shanghai to take down a terrorist cell. As usual, there is a lot of action and suspense involved in each episode, which is something that has kept the viewers glued to their television sets during NCIS seasons for years.

There has not been any news from CBS on whether the show will return for another season, but considering that it has been voted America’s favorite television series several years in a row, we believe that we will see NCIS Season 14 air in the summer-fall of 2016.

Yet another 24-part exciting installment of the mega-popular police procedural drama NCIS wrapped up in the US on Wednesday, May 18, 2016. The finale has delivered an impressive viewership of more than 18 million, bringing the average rating for the entire season to 16.6 million viewers, just a slight 3% drop when compared to the previous chapter. With such stable and high viewership, the show has truly become the staple of the scripted programming on CBS. The final episode bid farewell to one of the original cast members, Michael Weatherly who has been on the show since its inception and has portrayed Special Agent Tony DiNozzo in 305(!) episodes. Millions of fans watched Tony’s heart-wrenching good-bye with a box of tissues and many feel that the series won’t be the same without Weatherly.

UPDATED December 22, 2015: The smaller half, 11 episodes, of the current 24-episode season of CBS’s most popular crime and police drama series, wrapped up on December 15, 2015. The remaining episodes of season 13 of NCIS are expected to be back on the air in the US on January 5, 2016. Having been one of the highest-rated shows in CBS’s history, the series continues to deliver solid ratings and will most likely get renewed again.

UPDATED March 1, 2016: Great news for NCIS fans – the veteran police procedural has been renewed by CBS for seasons 14 and 15 on Monday, February 29, 2016. The series continues to excel in ratings in its current thirteenth season, with 17.1 million live viewers and a 2.3 rating in the key 18-49 demo, which builds up to 21 million in L+3, making it the top-rated broadcast drama on television. A two-year contract with the lead actor Mark Harmon has been signed concurrently. Two regular characters are to be introduced in season 14, one of which will be a female FBI special agent. On the other hand, Michael Weatherly is departing the series. Sign up to receive our automatic notifications, and we will be sure to keep you informed of all relevant news.

UPDATED June 22, 2016: CBS` complete fall programming lineup has been revealed on June 21, 2016, and one of the network`s major hits, NCIS has a great spot reserved. The fourteenth season of the veteran police procedural will debut on Tuesday, September 20, 2016 at 8pm, to be followed by the premiere of Bull, a new drama series featuring NCIS alum Michael Weatherly, whose departure from the series in the end of last season was a shock to many fans. Sign up for our updates and receive an automatic reminder of of the NCIS season 14 premiere one day in advance.