This article has the most up-to-date info on the status of Barbarians Rising season 2 as we continuously monitor the news to keep you in the know. History Channel is yet to make a decision on its future. Subscribe to our automatic updates below. 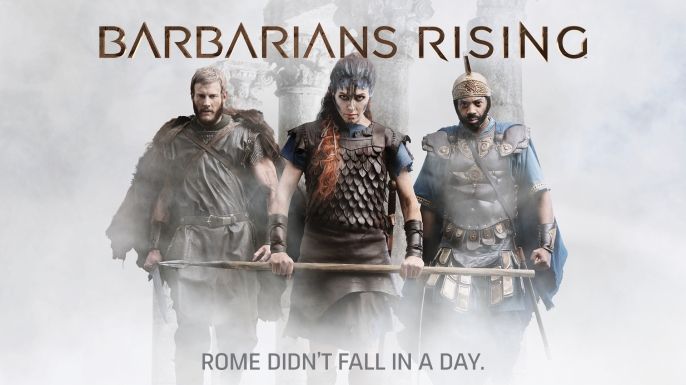 Barbarians Rising is an American docu-drama that has premiered on June 6, 2016 on History. It will continue to premiere in 185 territories throughout the world. The program contains eight episodes, it hails from October Films and is executive produced by Adam Bullmore, Kristen Burns, Russ McCarroll and Sally Habbershaw.

The docudrama chronicles the long process of the Roman Empire`s fall as seen through the eyes of different leaders who have headed barbarian rebellions against the power of the Romans. From ex-slave Spartacus (Ben Batt) to Hannibal (Nicholas Pinnock), who has vowed to destroy Rome at a tender age of 9 to Alaric (Gavin Drea), King of the Goths and Boudica (Kristy Mitchell), the Celtic warrior queen these men and women have contributed their significant share to the downfall of one the greatest empires of the ancient world.

The series has premiered with solid viewership numbers – 0.97 million viewers and a 0.2 rating in the 18-49 demographic. By the third episode Barbarians Rising is still going strong, not losing any ground in the rating, and scoring 0.894 million viewers. Critical reception has been mixed, most noting the extremely slow pacing and exhaustive lengthy reenactments. IMDb viewers, however, gave the show a rather high 8.4/10 score, which somewhat contradicts the reviews, No announcements have been made regarding the future of Barbarians Rising, so please stay tuned for relevant updates.

The first 4-episode season of Barbarians Rising, a History Channel mini-series has come to an end on June 27, 2016. The series was a success ratings-wise, with the series premiere that drew 0.97 million viewers and the season finale that was watched by 0.804 million fans. The show garnered mostly positive reviews and holds a very solid 8.2/10 IMDb rating. The final episode featured the stories of Alaric, Attila and Geiseric through lengthy reenactments and through the eyes of the leaders who rebelled against the rule of the Roman Empire. Barbarians Rising was originally planned as a limited series, but perhaps, in view of the sturdy ratings and audience interest, History Channel should consider renewing it in an anthology format. The history of the rise and fall of the Roman Empire certainly allows for many more seasons in the future.

Subscribe to receive news and updates when a show is renewed or canceled. You will receive an automatic email when theBarbarians Rising season 2 Episode 1 release date is officially announced.

Share this with friends:
ReleaseDate.show » Release » History Channel is yet to renew Barbarians Rising for season 2
Related Serial
When Will